A Healthy Attitude Is Synonymous With
Prosperity And Peace


A Healthy Attitude Is Founded In Truth

Composed of Wisdom, Knowledge, and willingness to Share, a healthy attitude is founded in Truth, allowing one to compose a big picture comprehension of Reality. Without Prejudice, without Bias, and without being Judgmental. 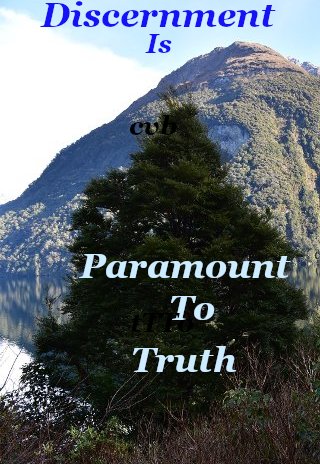 Like Nature Herself, a Healthy Attitude does not suffer fools gladly. Healthy Attitudes do not put fools down. Fools, such as cheats or liars, once exposed, merely lose any influence they may have had.

Repetitive fools will be dismissed, not ignored. The door will always be open if the fool wakes up and decides to learn to help his or her self. An awakening that is initiated and then accelerated via the power of discernment.

Discernment is paramount to Truth seeking in any endeavor. In other words, we use Accurate Thinking to discern Truth in our efforts to construct a Positive State Of Mind.

A positive state of mind in turn enables one to make entirely rational decisions that drastically diminish the ever present threat of introducing chaos into our dealings and actions.

Chaos is a product of ignorance.

It is worthwhile to dismantle a Healthy Attitude into its many nuances in order to understand this most desirable and beneficial state of mind. These nuances are subtly different, but have much in common, and all encourage peace and prosperity.

A Healthy Attitude is a blend drawn from the major different types of attitude. This is not an exhaustive list - you will have your own contributions to make – and every nuance is not necessarily part of every Healthy Attitude.

You can analyze your own approach to life to see how many nuances your Personal Attitude it is composed of.

Administered under the umbrella of three Attitude Components, each of these nuances plays an influential role in defining one’s Character, and how one goes about achieving his or her goals in life.


Benefits Of A Healthy Attitude

A Healthy Attitude, akin to a Healthy Ego, and healthy Self Esteem, is a prerequisite to one maintaining consistent harmonious success. 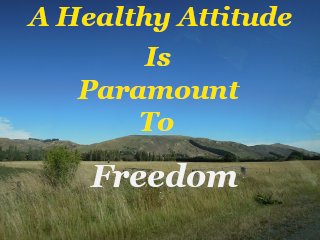 A salubrious approach to life is paramount to maintaining a Free and Harmonious Society.

If every Human had a Healthy Attitude there would be no War. There would be vastly reduced Human contributions to Climate Change, substantially diminishing the current Climate Crisis.

There would be no Global Financial Crisis, no Trade wars, no Political Crisis, no Crime, no Poverty and no Starvation.

The importance of possessing a Positive Attitude, and maintaining a Positive State Of Mind to drive that rectification cannot be overestimated.

A Healthy Attitude is elucidating. It encourages Accurate Thinking, that in turn permits us to envisage the consequences of our actions before we embark on them.

Whilst Accurate Thinking is a skill we not only can, but should, develop as individuals, It is an essential skill that no individual should attempt to lead without. 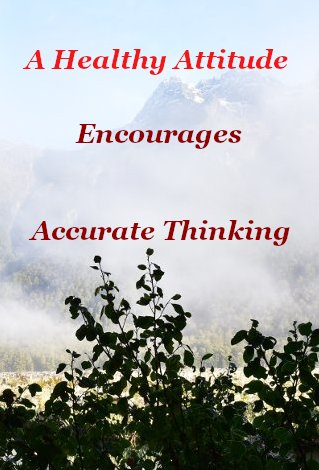 Leaders would see, with the clarity of crystal, that attempts to dominate others, far from resolving conflict, inexorably unleash relentless destructive forces, which then escalate exponentially. Eventually ensnaring the perpetrators of evil in their own icky webs of ignorance.

They would also see with that same crystal clarity that . . .

Even the most placid creature has it’s limits before violent retaliation becomes the only option, in an undertaking to retain, or regain, Freedom.

Resentment can simmer and percolate for what seems an eternity. Yet it takes little provocation to ignite the powder keg implicit in widespread, smoldering resentment, and outright hatred.

Resentment and hatred are just two of the negative Emotional responses engendered by the unhealthy desire to dominate, emanating from an unhealthy attitude, domiciled in a negative state of mind.

Stark evidence, for this weakness of mind displayed by some Humans, abounds, has no borders,and encompasses unnecessary chaos from shattered friendship to the tragic state of World war.

To emphasize the fragile nature of the powder keg intrinsic to resentment, the first World war began with an insult, the second World war has it’s genesis in indignation. A Healthy Attitude is the antidote against both broken friendship and a third World war. 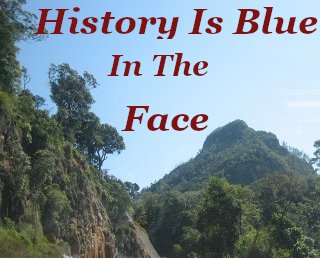 Via purposeful Positive Thinking, Nature provides the means to obviate the circumstances created by unhealthy attitudes that damage or destroy Relationships.

History is quite blue in the face from repeating this lesson we Humans widely refuse to acknowledge, let alone learn.

A Healthy Attitude can be utilized in every aspect of life. There is no violence, either physical or psychological, within a Family, Relationship, Friendship, place of Employment, or any gathering of Humans where a Positive State Of Mind prevails.

This does not mean problems do not arise in positive environments. Problems are a perfectly normal part of Life.

It means all problems are resolved in an equitable manner, using Wisdom, Knowledge, and a willingness to Share.

A Healthy Attitude is indeed the path to Peace and Prosperity

If the foregoing summary is true, it begs the question - Can attitude change your Reality?


Next - Can Attitude Change Your Reality

Healthy Attitude  << You are here