The Real Can Do Attitude Meaning


Restoring The Real Can Do Attitude Meaning


The real can do attitude meaning is possibly the most misunderstood concept related to the functioning of our greatest asset. The Human Mind. In recent times this powerful Mind Tool has been subjected to heedless treatment almost to the point of abuse. 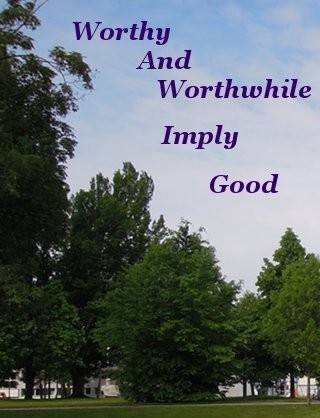 This heedless treatment has contributed to the aforementioned misunderstanding in no small way.

To a developing mind, Whatever it takes implies Good effort. Evil doing simply does not enter the equation.

Good implies achieving worthy and worthwhile goals without taking unfair advantage of each other, or irreparably damaging our environment, the source of our Well-being.

Good effort is executing the applicable Natural Laws via a Positive Thinking Attitude.

A Can Do Attitude is not a snappy cliché. It is a fundamental Tool utilized by a highly disciplined mind to achieve aims and goals that are within the scope of attainment for a given intellect.

It is time to restore this essential to success tool’s true perception.

Going to extremes is common and covers much Human activity. Some subjects are serious, for instance, Politics. Some inconsequential, like Dress Fashion. It would appear that nothing is immune to the phenomenon of extreme.

Even powerful Mind Tools are not immune to this debilitating Human frailty, and susceptible to misuse. This misuse falls in the serious subject category because it affects everything we Humans attempt.

One omnipotent Mind Tool to suffer from the indignity of trivialization, and stripped of it’s power for many individuals by lack of the understanding that endows that power, is an Attitude composed of a few simple words. 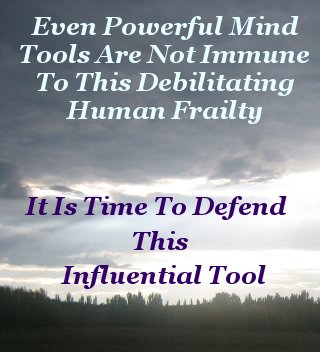 These Great Words have been bandied about as though mere utterance, or displaying them, as in advertising, is all that needs to be done to achieve desired ends. When the promised and expected results predictably do not manifest, dubiousness sets in, and worse, cynicism can become the norm.

With the absurd distinction of existing as an obscure fad, and being reduced to the status of a common cliché, this significant Mind Tool has endured injury enough. It is time to defend this influential concept.


Retrieving The Absolute Power That Is Can Do

To retrieve, reinstate, and adopt the absolute power these forthright words symbolize, it is necessary to comprehend, and practice, the  philosophy of Personal Development, that is, Mind Expansion.

Understanding just how Thought Powers Your Mind, is of such importance as to be the crux of success when applying a Can Do Attitude.


A Realization To Be Reached

Before one can competently implement a can do attitude, the realization that there is a major Barrier to overcome that every Human struggles with, must be reached. A realization that once reached, must then be accepted, and acted upon. 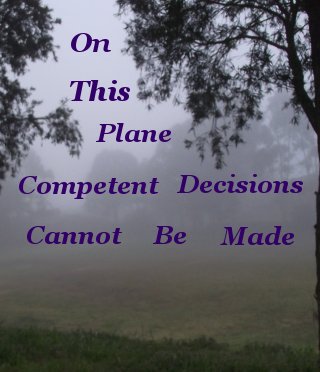 This pernicious barrier remains in the wings, waiting for a moment of helplessness - made possible by ignorance - to either consolidate or reassert it’s dominance.

Negative thought needs no encouragement. An insight we can put to positive use.

That major barrier is the fog filled ravine that is the sharp divide between a Negative and Positive State Of Mind. Negative thinking resides on the lower planes of Thought, where one’s Negative Emotions hold sway.

A can do attitude is executed via the higher planes of Thought available only to an expanding mind.


Mind Expansion Is No Mean Feat

Mind expansion does not come easy and it must be maintained. A Positive Mindset can and will deteriorate if it is not cultivated and nurtured. The familiar adage, use it or lose it, is every bit as applicable to Attitude as it is to any other factor in the entire Universe. 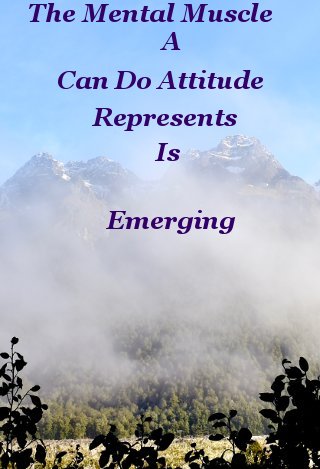 In the same manner, any negative thoughts that intrude on our awareness and are purposely rejected, become weaker.

As one’s apprehension of Positive Thought increases, the power of our Negative Emotions to influence us decreases accordingly.

Holding the Principle of use it or lose it at the forefront of one’s conscious awareness strengthens one’s resolve by bringing into focus the consequences of any action taken as a result of how we allow ourselves to think.

It becomes easier to see that if a can do attitude is to be realized it must be underpinned by Positive Thought preceding positive action.

Initially, while this is challenging, it is no more difficult than mastering any other discipline we Desire to master.

Mind mastery does, in fact, make mastering anything else we have the innate ability to master, a mere process.

The Mental Muscle a can do attitude represents, is emerging.

You already possess the necessary means to accomplish this mastering. Beginning with a Learning Attitude.

A Learning Attitude is a prime aid on one’s journey through Life. It is of particular value on the road to enlightenment. A learning attitude quickens the pulse, intensifies comprehension, and heightens awareness. 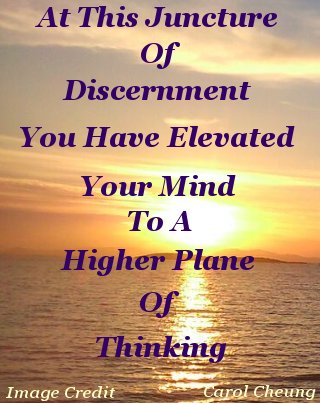 Wise, judicious use of powerful Mind Tools limits the damage we are capable of wreaking on ourselves as a direct consequence of ignorance. Gaining appropriate knowledge to support our can do attitude is an essential element of whatever it takes to achieve our goals in a competent, equitable, manner.

With dedicated effort to comprehend the Laws of Nature and how these Laws are intimately related, one progressively reaches the stage of discernment where he or she recognizes, beyond all doubt, that lower plane thinking is the root cause of disruption, chaos, and failure.

Disruption, chaos, and failure - not merely to and for the individual, but to, and for, every and any situation a Human can experience. At this juncture of discernment you have elevated your Mind to a higher plane of Thinking.

This Juncture of understanding not only liberates your Inner Power, it is a milestone on the road to discovering, and appreciating, the Ultimate Secret of the Human Mind.

This mind expanding step to access higher planes of thought is essential to confidently implement the concept of a Can Do Attitude. In the full knowing of how the promised and expected results of your intended actions will come to fruition.

Knowledge and comprehension of how the Human Mind functions empowers an individual to seek and find the means to succeed at whatever one passionately believes in. Of equal significance, Productive Power increases exponentially when I Can is Translated into We Can.

Yes We Can is the epitome of Cooperation, and where applicable, Collaboration. Two of the most useful – and essential - Mind Tools provided by Nature for personal achievement, and collective progress. Yes we can is most effective when all participants grasp the real meaning of can do. 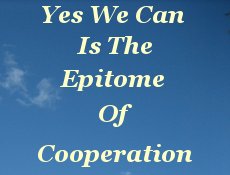 The motive force that drives the clarity of thought that powers the I Can Attitude, Can Do Attitude, and Yes We Can Attitude all emanate from the one source.

That source is Spiritual Intelligence, and all three are executed via a comprehending  Positive Thinking Attitude, firmly entrenched in a Positive State Of Mind.

A Can Do Attitude Rocks


Next - A Positive Thinking Attitude