The implementation of the affective attitude component, behavioral-wise, of the majority of Humans has changed little over the course of recorded History. Possibly because this most valuable potential asset is the least understood element of Human Nature.

This misunderstanding leads to arbitrary action that ranges from confused inconvenience to confused despotic abuse of Power. Whether used for Good or for evil, the affective attitude component is the seat of action of the Human Mind. Both are subject to arbitrary decisions. 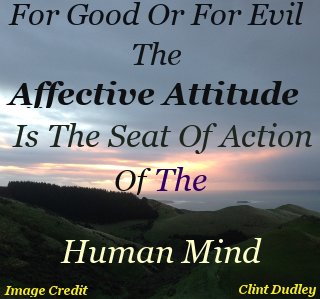 The majority - but by no means all - of Humans down the ages have unwittingly permitted this hugely powerful gift which is at our disposal, to assume the status of Chief Executive Officer of their mind. Quite unopposed.

Usurping the Critical Authority of the board of directors, this impostor responds only to the perception of it’s immediate environment. And the whims of immediate Desire.

Based in misdirected Emotion, arbitrary action, expressed in a fearful, reckless, or aggressive, manner, follows. Predictably, any action taken results in counterproductive consequences that compound the intractability of a given situation.

Common to every level of Human interaction, and widely known as knee jerk reactions, these actions highlight the participant’s lack of Conscious Self Awareness, and reveal just how they perceive their immediate environment and state of affairs.

We stumble along, albeit gamely, unaware that these knee jerk reactions are contributing to the creation of that very environment that we call Reality. This impostor lurches - in a fog of inaccurate thinking - from one chaotic situation to another.

If Power is being abused by a fog enveloped mind, not simply confusion, but devastation and disaster, too, follows. History, and our current state of affairs, World-wide, bears witness to this disturbing observation.

To emphasize the importance of the role that Attitude per se plays in the Reality each of us experience, we need only examine the lives of our early predecessors. Just how different would Life be today, if, from the beginnings of Society, had our predecessors understood, and implemented, the latent power of their mind.

How different would the World be today, if, instead of succumbing to the mindless greed and violence of a relatively few ignorant entities, our predecessors had utilized the power of their minds to incapacitate those same ignorant entities who were - and still are - prepared to use violence to dominate their - seemingly - defenseless fellows?

Had our earliest predecessors comprehended the collective power available to them to attain, and lock in place, the Good things that constitute a Good Society, evil doing would have been simply perceived as disruptive and destructive, holding no attraction.

They apparently did not.

Born of, and from this ignorance, evil became the ostensibly, easy option. Humans have been immersed in an unmitigated war, for survival from the sickening onslaught of greed, violence, and other evil doing, ever since.

If our early predecessors had comprehended the power of Good, it would be no exaggeration to suggest that we would be a thriving Global Community living harmonious, fulfilled lives, in total absence of War, Political Pestilence, and Disease. At one with Nature, and each other.

With Competent Leaders and Intelligent Followers, combined with an adequate undestanding of how Nature functions, this coveted - by most of us - state is still possible.

The briefest survey of modern Human conduct informs us that we are no more advanced in our comprehension of the nature, and reasoned execution, of the phenomenon of behavior, than we were in the year dot. Worthy behavior consequences often appear to be the result of simple Good luck. Ironically, this is all too often true. Circumstances, as they unfold, suit us, so we go with them. 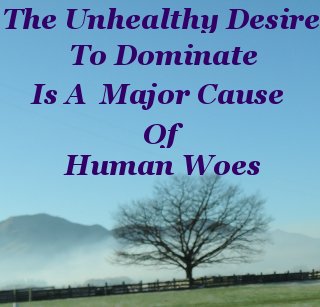 Punishment, that universally accepted countermeasure to the consequences of a negative attitude, has proven to be totally ineffective. Punishment causes more chaos than it corrects, and is nothing more than an extension of one of the undesirable traits that generate the majority of Human woes.

Everyone traveling along the path of Enlightenment is only too painfully aware of the strenuous mental effort involved in reconciling opposing viewpoints, let alone resolving the serious disputes. Such as those fatally destructive sorrows created by that major cause of Human suffering.

The unhealthy desire to dominate.

The solitary solution, to all Human woes, resides deep within each individual, and can only be executed by that individual. In other words, a mind change is involved, and only the owner of a given mind can change it permanently.

To this end, an individual must gather sufficient knowledge, and understand, that knowledge, to enable him or her to enduringly adopt an Attitude that allows one to develop a keen desire for Tolerance, Goodwill, and an affinity, meaning - a deep attraction - towards ever doing the Right Thing.

There is no conflict between one's attitude and behavior. They are one and the same.

Emotion activates and drives our affective attitude component. Which in turn drives behavior. An excellent example of this phenomenon is the unhealthy desire to dominate spawning squabbling and bickering in various degrees. From petty argument to vicious, violent, armed physical conflict.

Violence is a practice that is bereft of solutions. 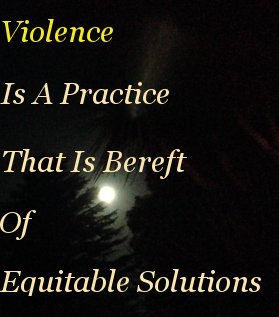 Yet, astonishingly, right across our species, we unquestioningly accept this undesirable vindictive demeanor as part and parcel of our heritage.

Meek acceptance of this misinformation indicates the depth of our lack of insight of the latent capabilities Nature places at our disposal - via our Cognitive attitude component - to not merely avoid such destructive, time wasting conduct, but instead, to respond to our environment with enlightened Accurate Thinking via a Positive Mental Attitude.

Accurate thinking with a positive mental attitude enables us to draw on the innate resources within ourselves to find ways and means to resolve issues and solve problems. Relationship problems in particular, and every other problem in general.

Rational Thought is a prerequisite.

We can see how easily irrational behavior takes precedence over Accurate Thinking when we consider the phases of the emotion of Anger.

Even, nay, particularity, in modern times this dispiriting demeanor is all too evident. There is no need to describe the sorry, broken condition our World is in. The consequences of our irrational behavior - a product of our unsupervised Affective Attitude Component - belies our otherwise adroit use of our potent Brains.

As much as we admire it, Rational Behavior, particularly when opposing views are involved, is simply not that common.

We sustain our lives out in the age of knowledge and information. Yet all too often we are let down by the ignorance of those we allow, and trust, to lead us. For the simple reason they, and we, do not understand our Own Nature.

Hence we permit an impostor, in the guise of the default chief executive officer, mentioned at the top of this article, to impact our lives detrimentally.


Intelligence Is Not Enough

It is well worth mentioning at this juncture that intelligence does not necessarily deliver Rational Behavior. Many intelligent folk vindicate this fact by behaving badly. Including public figures. Something more than intelligence is required. 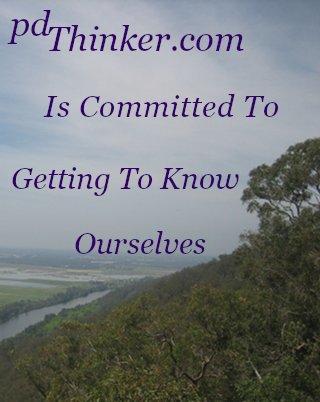 That something more is the previous mentioned Accurate Thinking, initiated by and maintained via a Positive Mental Attitude. In conjunction with Self Discipline.

Incorporating Self Discipline into your conformity to living places one in a splendid position whereby progress can be made by utilizing your inherent intelligence to comprehend and implement knowledge. With the purposeful intent to solve problems. In particular, prioritizing all the knowledge pertaining to our just mentioned Own Nature.

Comprehending one's self is paramount to living a fulfilling existence.

From the moment we realize, and comprehend our-self, in relation to Natural Law, Self Discipline becomes our ally. Likewise, Rational Thinking becomes our gold standard of reasoning. We know, and accept, anything less than Truth will always be entirely unsatisfactory.

pdThinker.com is dedicated to getting to know ourselves and our innate abilities in the above context . . . and to recognizing the value inherent in those innate abilities.

Notwithstanding the critical, yet justifiable commentary, mentioned on this page, as well as elsewhere on this Website, the upside of our affective attitude component is bright.

For the simple reason we can choose to make it so.

Universal Rational Thinking is the platform required to execute consummate Behavioral achievement in the equitable manner necessary for Human prosperity. When this premise is accepted, and acted upon Humanity-wide, we can make rapid progress repairing the damage we have visited upon our selves, and the ever suffering environment that sustains us.

Rational Behavior is a product obtainable only by practicing Self Discipline, derived from Accurate Thinking.

Self Discipline in turn, is achieved by Consciously taking charge of one’s Thoughts.

The practicing of rigorous Self Discipline is the one and only method of attaining consistently Accurate Thought.There is no other.

Once mastered, you, are then in charge, of you. Action becomes considered, inclusive, and deliberate. Equitable consequences are known before action is taken. Cooperation becomes willingly imperative. Collaboration becomes a treasure trove of possibilities.

When one is in charge of his or her Thoughts, you see problems - any problem - in their true light, that is as being invigorating, exciting, solvable challenges.

This is the potential inherent in our Affective Attitude.


Self discipline and Accurate Thinking Are Invaluable Tools

You may agree that while Nature, in Her Wisdom, limits our choice of ways and means to achieve Mastery over our greatest asset, that is, our Mind, Her insistence of effort for reward makes acquiring Self Discipline and it’s companion product, Accurate Thinking, Tools of quite inestimable value.

Particularly when utilizing our Affective Attitude Component on purpose, to effect Common Good.