To highlight the role Human Intelligence plays in the advancement of our species, let's follow a strand of history down through time.

From the start of the stone age to immediately before the present, and see how our forebears implemented this marvelous gift from Nature. There is much to learn from these stalwart minds. 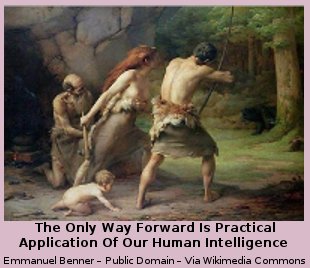 Enquiring into Human Progress down thru the ages provides a backdrop from which we can gain insights into just how the application of our intelligence affects the outcome of our actions. Illuminating how it is a direct product of Thought.

The complete Human Story is a magnificently embroidered tapestry, and I am presenting a mere strand of that tapestry here.

Accompanying a brief snapshot of a few of the major Events, Discoveries, and Discoverers in this chronicle, I have chosen Great Minds and Epochs that have directly influenced the direction Humanity has taken. Events that appear to be so closely related as to almost be a continuum.


Not A History Lesson

While I have endeavored to keep this strand historically accurate, it is not intended to be a history lesson, but rather a study of the same Mind you possess and how it has been utilized so far.

The Great Minds that I have elected to investigate are few amongst the many. Both within the context of this strand overall, and individual events we are about to observe.

I have purposely ignored violence for the most part as it is the antithesis to Sane Behavior and is a force to be vanquished.

Violence does absolutely nothing to further Intelligent behavior or progress.

Please allow me to congratulate you on your wise decision to embark on the fascinating and wondrous journey of Personal Development.

You are empowering yourself, adding to the joy of the world, and vitally, expanding the reach and influence of Human Intelligence as a life force for Good. It will be Good Humans that master the power inherent in their mind, who will save the Human race from itself.

From the earliest evidence at our disposal we learn that Humans have a propensity to improve, expand, and develop, their Minds. This urge was a mere glimmer and excruciatingly slow to take hold and grow, but it existed. 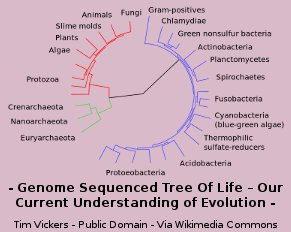 Putting exact dates on the time line of Human Evolution is not yet possible. But we can glean from the records available that our earliest ancestors date back around fifteen million years.

Around five million year ago we appear to have split from a common ancestor. Be that as it may.

To gain an accurate dependable picture of our past we need to focus on producing factual information and irrefutable evidence. In the spirit of what is.

Much earnest research is being conducted into understanding our Evolution. And new evidence, both conflicting and confirming is regularly being produced. But the facts we have access to, serve our purpose well enough.

Genome Sequencing and Carbon Dating are our most accurate, and reliable tools to hand in determining truth.

What We Are interested in here is Human Intelligence, it's relationship To Personal Development, Truth, and the future.

This World we inhabit today is the cumulative manifestation of all the Minds that have existed to the present moment. The Good, evil, and indifferent. All played, or are playing, a part. 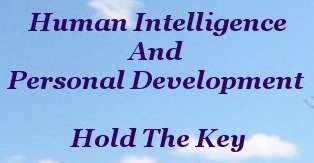 You, I, and every other person on this Planet are engaged in creating future events, mostly unconsciously.

Unaware of what that future is until the physical reality slams into us and we live out our lives in helpless resignation and acceptance of what we believe to be our fate.

And again, because of this belief in fate, unconsciously creating more of the same. It doesn't have to be this way. We can gain and maintain direction over our own contribution to the, and our, future.

This is easier said than done, but as we will so irresistibly envisage, entirely possible.

Next -The First Glimmer