The Power Of Words
And The Importance Of Definition

The power of words is revealed in others comprehension of, and their response to, what we say and write. 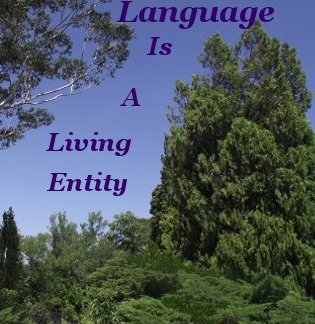 Our English Language is a marvellous conglomeration of some of the worlds oldest spoken and written means of communication.

A living entity, English is evolving along with we Humans. More than one definition transmuting in our own lifetime.

Such as gay, and the word I used below. Awesome.

The effects of Human activity over the past Millennium has rendered English the first, or sometimes the second, language for a significant number of widespread, diverse cultures.

English is a common language that offers an opportunity for folk to communicate with each other, that would otherwise demand immense resources. You and I are beneficiaries.

Machine Translators are developing this commonality between Languages. But while they have made a useful start, it will be some time before they capture the nuances that are the essence of true communication.

Our Language is dutifully serving a wide range of agents, from Story Tellers to Instruction Manuals.

However, it is contestable that some frequently used words, intentionally or otherwise, are used out of context.

Sometimes there is simply a lack of words that adequately describe a given situation.

Or as Englishman John Locke (1632-1704) a lucid thinking Political Philosopher from the Enlightenment period, and still rightfully influential, put it:

“It is not at all times easy to find words appropriate to express our ideas.”

Lack of words will remain a perennial problem as long as we are advancing intellectually and technically.

A readily solvable problem though.

Creating new words and terms in the moderation of it's wake.

A number of years ago a former Prime Minister of Australia declared, in an uncharacteristic emotional outburst, that “Words are bullets.” He and I did not agree on much, but in this instance he had my full support.

Words are indeed bullets, possessing the psychological power to maim and destroy. Or in the physical realm, incite violence and destruction.

The greatest fallacy I grew up with was the expression:

“Sticks and stones can break my bones, but names can never hurt me”

Almost everyone has endured an experience which contradicts this shallow advice. Disparaging each other is a dangerous game, and can lead to tragic results, as we have seen in episodes of cyber bullying.

The converse also holds true. Words can inspire and encourage Humanity to awesome heights of achievement.

The realms, of inspiration and encouragement, are where we on the path of Personal Development invest much effort.

With the effects of this power in mind, the perceived definition of any word becomes critical.


Only A Certain Word Will Do

That eloquent, fluent Word-Smith of his time, Ralph Waldo Emerson, maintained that there were occasions when only a certain word would do.

Emphasizing his belief in the power of words. 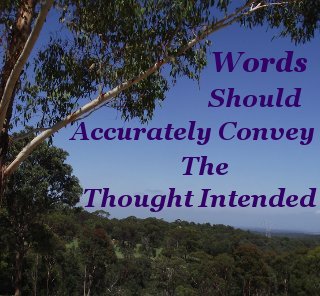 Absorbing Emerson's writings, one could be forgiven for believing that meant every time he used a word. I have attempted to emulate his stance on this site.

Every word on this website has been carefully chosen.

Personal development, as is truth seeking, is very much deserving of certain words.

The most important  attribute of any word, particularly the written word, is that it conveys to the listener, or reader, as accurately as possible, the thought intended by the speaker or writer.

Unlike the careless speaker, it is not so feasible to call the careless writer into question. Particularly when the author has, um, passed on.

One distinct advantage of modern times, is that it is becoming increasingly possible, if not always convenient, to quiz living authors.

As a rigorous writer, one can deliberate as long as he or she feels necessary to find the needed word. Much the same as the rigorous inventor sifts ideas, or the master composer seeks the right note.

Ushering the power of words to the fore. Nothing else will do.

The speaker, unless offering a planned speech, enjoys no such luxury, often losing the power of words in a hopeless cacophony.


Seeking The Power Of Words

From an early age my favorite magazine column was the Reader's Digest quiz “It pays to increase your word power”, encouraging me to seek the definition of a multitude of words in the multiple books I had my nose in. Mum's dog eared dictionary was always at hand.

A monthly delight was scoring high on words previously meaningless to me.

The most important aspect of learning new definitions on a constant basis was that my mind was equipping itself with the ability to better comprehend thoughts and ideas of others, and to express my own impressions in a comprehensive manner.

The ability to successfully convey ideas to others will always be in demand.

A similar quiz to the Digest can be found here. Courtesy of Merriam-Webster.

If you would appreciate an evaluation of the extent of your vocabulary, try Test your vocab.com.


The Power Of Words Depends On A Recipient Understanding

It is an indisputable fact that our vocabulary limits our understanding of what others write or say. 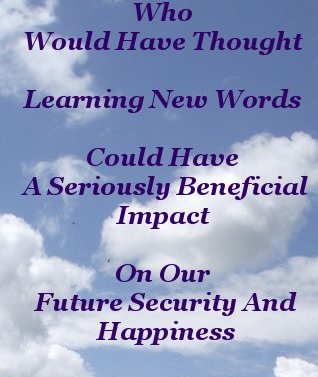 That is the Nature of Misunderstanding. Induced by not knowing.

Who would have thought learning new words could have a seriously beneficial impact on our security and happiness?

If disruption, chaos, and their inevitable companion, violence, is steeped in rank ignorance, then peace, prosperity, and goodwill, must be steeped in knowledge and understanding.

That ageless axiom, the pen is mightier than the sword, stands true. The pen can achieve either disruption, or peace and prosperity. The sword is menacingly restricted to disruption and chaos.

One's interpretation of what others say and write is crucial to our response. Hence, laying a foundation of true communication, where a certain word conveys the same meaning to all who encounter it, would be a good place to start.

This page then, is an endeavour to convey to you, the reasoning behind my reluctance to accept the use of some words I consider to be employed out of context, and not merely in benign transition to a new meaning.

My longer term intention is to make this an interactive page where you can contribute your own perceptions and words. And question mine. Please be patient with me, it will be a while.

When it happens though, we can explore the power of words together.

The Power of words Rock!