Is There A Secret Formula For Success?

There are numerous secrets in the realm of Human intelligence. 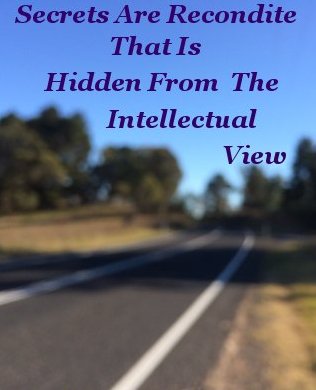 There are tricks of the trade, and trade secrets in commerce and industry. There is secret knowledge in the professions, sports, politics and, dare I say it, philosophies and religions.

Many secrets are of interest to only the immediately concerned, with little relevance to the wider population.

Numerous other secrets should be be transmuted to common knowledge because they offer much value to us as individuals, and community.

This is reason enough alone, to seek to crack them.

Secrets are known only to a few in each discipline, usually those with the nous to figure it out. The rest struggle along gamely, enveloped in a haze of not knowing.

Most secrets are recondite, that is, hidden from the mental or intellectual view. This concealment helps explain why secrets remain so, and is the very principle Patents are meant to be based upon. that is, some things are not obvious even to one familiar with a given subject.

By accepting that secrets are recondite, we heighten and deepen the perception that unless someone enlightens us, we must remain ignorant of certain knowledge.

Hence the all too common belief that there is a secret formula for success.

To press this point home, one could declare that everything one does not understand is actually secret.

Every secret of practical advancement – as opposed to gossip and titillation - was originally discovered by a Human mind using the intellectual gifts of intuition and conscious awareness. Depending on our individual predilections and innate abilities, we can replicate those original discoveries, as the following personal experience attempts to elucidate.

Many years ago when I purchased my first metal turning lathe, the salesman informed me that on this machine the prime function is to produce round forms. Of course, I already knew that.

However, he confided that on a lathe one could produce a square form, and once the purchase was complete, he promised, he would tell me how to do it. He had my rapt attention.

We duly completed the transaction but the secret was not forthcoming. When I reminded the salesman of his promise, he brusquely told me he had changed his mind.
Disappointed at being denied such useful information, I decided, then and there, to discover it for myself.

A few weeks time, and much study and reflection of how a lathe functions, I found that one certainly could produce a square form on this type of machine.

This same expectant attitude can be applied to any secret one is entitled to be privy to. Indeed, you can go on to make discoveries – new and existing - in whatever field holds your intense interest.

However, moral thinking tells us that some well earned secrets merit being perpetually sacrosanct.

One well kept secret that readily springs to mind is the Coca Cola formula, another is the algorithm for the Google search engine.

What would interested parties give for these two secrets?

Probably their soul, for if they obtained either it would be by deceptive means. Then implemented for ill-gotten gain. Behaving in this manner is not a secret formula for success!!

Minds that covet secrets such as these would not be prepared to invest the requisite effort to replicate them in the fashion demanded by Nature, and are not the minds that advance the interests of the Human race.

The secrets of the mind are no less entitled to be sacrosanct. There is no sane reason to violate the workings of this awe-inspiring instrument, that with moral use, can provide the means of freedom, prosperity, and salvation from all past abuses. Abuses – that continue to this day – wrought by ignorance of that same instrument.


You Have Full Entitlement

While some secrets should be respected and never violated, there are many others that can belong to whoever discovers them. One such secret is the most influential and useful of all knowledge. That knowledge is the ultimate secret of the mind, and it surpasses any mere secret formula for success. 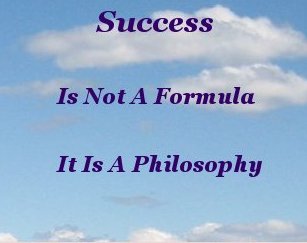 You have full entitlement to the ultimate secret of the mind, and, incidentally, it is worth way more than Coca Cola and Google combined. You can put it to practical use to obtain whatever your heart desires. Without arousing any undesirable traits.

That is why you will not see justification for bad or miserable behavior anywhere within the pages of this website.

If you so decide, you will discover that you are indeed capable of applying your brainpower to understanding this philosophy and in doing so uncover the ultimate secret of the mind.

This knowledge will then enable you to comprehend any other body of information - at its most fundamental level the Universe is pure information – that you have the desire and innate ability to assimilate. Making a secret formula for success quite redundant.

People pay huge amounts of money to others in the hope they will learn these secrets of the mind. Usually in vain.

Because they are not ready – or prepared - to receive these secrets. They cannot just be purchased. Merely purchasing these secrets is the same as purchasing a University Degree.

How much use is a degree to anyone if the subject matter is not understood?

Possessing the secret is one of two essential components to liberate your full mind power. The other component is knowing how to implement it. The philosophy of Personal Development provides you with the tools and means of implementation.

At some point in your diligent studies of Personal Development, something will click and you will grasp the ultimate secret. A whole new world will open up to you.

I vividly remember the moment it all came together and the secret presented itself to my conscious mind accompanied by a flash akin to a lightning bolt.

Anticipate this moment. It is well worth the effort. From that point on, be prepared for a wave of euphoria that never entirely subsides. With the ultimate secret of the Human mind in your possession, any quest for a secret formula for success will fade into obscurity.

The Ultimate Secret Of The Mind Rocks!

Next - The Real Secret Of Success