Competition and cooperation impose definite and diverse effects on each and every one of us. 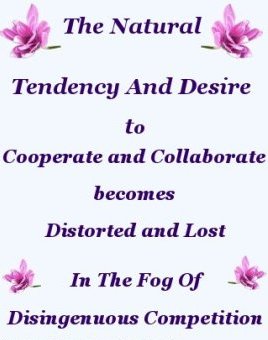 Some fellows are in their element where there is a rival with whom to do battle. With these people, what they believe to be  “winning” is everything.

Others are quite happy to ignore any and all competition and focus on Creativity.

These Creativity oriented folk, know their own Mind. There is no Desire to prove themselves to be the best to others. Even so, they do have to consistently be, and do, their best. Many also happen to be a joy to spend time with.

The remaining folk, the largest group, simply waver between these two extremes.

Bewildered, these remaining folk strive along. Alone. Courageously eking out a subsistence in a World increasingly being dominated by the extremely competitive who are prepared to take everyone else's share.

Being forced to compete, or just being in a competitive situation, can drive sensitive souls to the depths of despair.

Gentle Spirits have a predilection to seek a peaceful ambiance where undisturbed intelligent discourse fires their Thinking and Imagination in the same manner that competition with the intent to crush opponents, feeds the Desire to win, in more aggressive individuals.

These gentle Humans often become, to use the sporting term, sidelined. More often than not, permanently. Watching impotently from the sidelines, they are at a loss as to how to gain the necessary attention that would facilitate contributing their solutions in a chaotic situation. 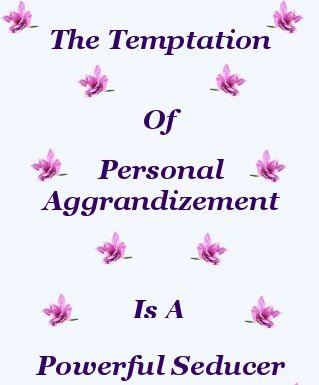 These related individual predilections, which need to be so closely respected in a collaborative effort, are often abused in an inflamed competitive environment. Accompanied with the consequential squandering of talent and capability in a tangled mire of frustration.

The desire to cooperate and collaborate becomes distorted and lost in the thick fogginess of disingenuous competition. Goaded and driven by ever stronger desires and urges to mindlessly dominate and control.

Even at the highest levels of Human administrative duties.

In situations of critical Authority and Leadership, where it is possibly more essential than anywhere else, to maintain Harmony and sound relations, we find destructive competitive forces at work.

The desire for self Aggrandizement is indeed a powerful seducer. Well-being of others is often not on the agenda. Whether the temptation exists in politics, religion, business or elsewhere, matters not. Weak minds are ever at risk to the dubious charms of seduction.

Personal Development enables one to repel this temptation and negate the destructive forces inherent in lower plane thinking.

The era of brutal competition is inexorably coming to a close. For the simple reason that Science is already so complex, and so expensive, that even the largest Companies, and  well endowed Nations on the Planet, are struggling to go it alone developing current Technologies, and new discoveries and. Both Nations, and High Tech Companies, are considering “strategic” alliances with so called opponents.

Seemingly quite unaware that it is not their warlike planning, but the Principle of Cooperation that delivers the goods.

Humanity is being compelled to cooperate. Conspicuously regarding the newest technologies. This is the price Nature demand, if we are to make progress. Coopetition is a first step in this inevitable direction.

The ultimate step, the successful and fertile collaborative endeavors between these supposed rivals, is heart warming proof, of the inestimable value inherent in sharing. Proof that  should serve as inspiration to Politicians in particular, and all others in general, who are undertaking to achieve equitable and productive outcomes in whatever field they operate. Good outcomes that should be at the top of every Human Being's agenda.


Competition And Cooperation Not Mutually Exclusive

The original Olympic Games offer substantial evidence that Competition and Cooperation are not mutually exclusive.

These original Games welcomed all comers who wished to trial their Sporting Abilities against others. As a condition of entry, all “normal” squabbling and bickering, between Individuals, or States, was suspended for the duration of the Event. Proving that when Goodwill prevails, all things are possible. 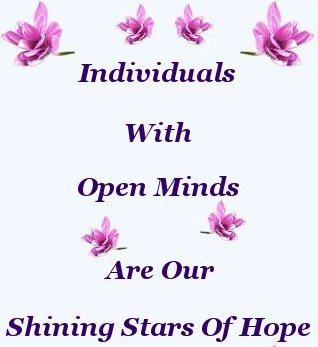 A commendable attitude indeed. However, the early Olympic Organizers got it only semi right.

In an early example of prejudice - - -

Females, half the brainpower, talent, and capability available, were forbidden outright from taking part in, or being present at the games.

The excuse, that events were conducted with participants in the  nude, professedly to prevent cheating, is not a reason. And is a lousy defense, for subjugating and excluding half the intellectual resources and physical skills, on the Planet. This abominable practice of excluding Females is still finding currency in many parts of the World today.

To change this untenable state of affairs, the World needs You, and Me, and our Open Minds.

Individual Human Beings with open minds are our shining beacons of hope to eradicate strife and tragedy caused by ignorance. Replacing ignorance with enlightenment and progress. This can be achieved by one means only.

Those  means are the Desire of an individual to learn the Laws of Nature, then enact Good in all his or her Thoughts, and hence actions.

We Human possess the Intelligence necessary to influence our own Evolution. And guide it in a conscious manner.

Technology, and our ability to harness and employ it, represents one side of that evolutionary coin.

Individually, one's Mental Attitude, manifested in one's Behavior and Conduct, and hence our Actions, represents the other side.

An individual's Prosperous and Harmonious well-being is totally reliant on that attitude being positive, congenial, all inclusive, and cosmopolitan.

Competition, used carelessly, does not lead in this direction.

From the standpoint of this Philosophy of Personal Development, elevating Human Beings to higher planes of existence, via our ability to think expansively, demands that the Principles of Competition and Cooperation be used in conjunction with Intelligent Thought, to draw out the best in an individual.

We know, without being told so, Sound Structures need rock solid foundations and rock solid framework. Emulating this physically sound structure, in the Metaphysical sense, should be our end goal.

Challenges can be met, without drawing blood, much more satisfyingly, and profitably, for all involved. It is in this State of Harmony that Human Beings flourish.


Judicious Use Of  Competition And Cooperation

As a species we simply cannot afford the often unrecoverable waste, both material and psychological, engendered by profligate competition between Nations and the Peoples within those Nations. Even less so with Humanities very survival at stake.

Competition, per se, will not rescue us from the mess we find ourselves in.  Cooperation and Collaboration can. If we adopt it.

Good competition used as the spur of encouragement can serve as a useful adjunct. 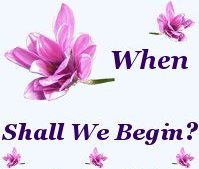 Cooperation has the tendency to build and strengthen bonds between wise individuals who practice working together for mutual reward as a matter of course.

Conversely, competition in the form of rivalry wedges in place an irremovable barrier between entities who practice the undesirable trait of hankering to be the dominant party and commandeer rewards for an elite few.

As an Individual, our considered choices and judicious implementation of competition and cooperation, will have a profound, and accumulative, influence on Humanities future direction.

We possess the power, via Personal Development, to exercise this influence.

When shall we begin? In earnest?

When Permitted - Competition And Cooperation Can Rock!

Next - Creativity Versus Competition