- Cooperation and Competition -
The Good The Bad and The Ugly

Cooperation and competition are two Powers that permeate our life. How we apply these influences determines the quality of our existence.

As with all powers available to we Humans they are not often used in isolation.

Nevertheless, it is educational to separate these two powers, and take a closer look. We can examine how they can be used to either help or hinder our progress. 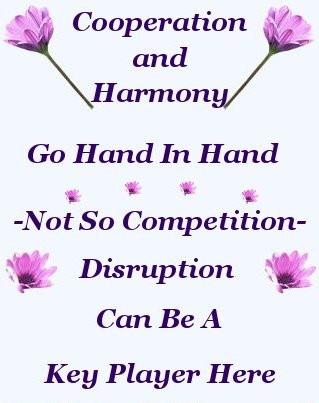 Competition in modern civilized Societies, is, at it's worst, a take no prisoners battle to the metaphorical death.

Permitting one winner only, to survive.

With Sport, participants acknowledge and accept this brutal reality.

Thus, competitive Sport provides an accepted outlet for the dominating tendencies demonstrated by the aggressive and often irascible personality and followers.

Yet, we well know sporting competitions rarely end in genuine Goodwill and high spirits for all involved.

Generally, the “losing” participants, even though they frequently present a brave face, can be emotionally traumatized and their fan base demoralized. The psychological collateral damage is real and extensive.

In business, competition at it's worst is a heartbreaking duplication of resources including Intellectual Capital. Frantically attempting to discover answers in a bid to obtain advantage over their peers who are on the same quest for the same knowledge.

One of the first lessons taught in the Discipline of Economics brings to the student's attention that we live in a World of finite resources. This fact only seems to intensify competitors urges to engage in a greedy scramble to dominate a given space.

A greedy scramble, squandering other resources to be first to Market, or to force competitors out of the race. Preferably both.

Here cooperation and competition are seen as mortal enemies.

Industrial espionage, revered by certain entities, is a prime example of Competition being abused. Indulging this unbecoming activity is tantamount to admitting to the World that the perpetrators cannot think for themselves. “We have to steal others ideas” these non Thinkers scream to seeing minds.

With the exception of, a relatively few, Enlightened Establishments, extremes of competitive prejudice vying for positions of influence hinders and often prevents the advance of capable, competent professionals. Particularly females.

In a single example of the prejudiced abuse of Competition, Society foolishly rejects not only half the available Intellectual Capacity and latent Talent, of Humanity, but also the invaluable asset of the Feminine Viewpoint.

When money and incompetence get together, as is becoming ever more common in the separation of cooperation and competition, chaos ensues.

This chaos is exemplified by the domination and manipulation of politics to further the narrow interests of the greedy at the expense of the Greater Good. Thus setting in motion a train of events which tramples over everything in it's path. 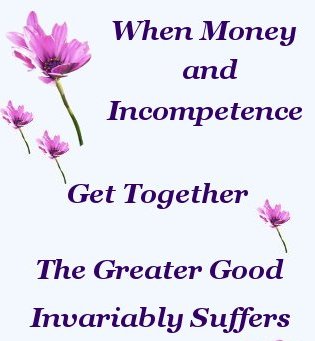 This winner take everything attitude towards competition has been guilty of Human misery and environmental ruin on an awesome scale.

Wherever competition is undertaken with the explicit goal of a winner and loser, instigators are creating a simmering atmosphere of discontent. This discontent often expresses itself as malcontent. In a decent Society, Citizens hold the expectation that their leaders will maintain that decency.

Including curbing the opportunities for greed.

When permitted to fester and rankle, malcontent has the tendency to reveal itself and erupt spontaneously.

As we have witnessed in our current times, the consequences of not sharing are catastrophic. Ranging from economic and social upheaval to terrorism.

The sad irony of this behavior is the fallout from this uneasiness and lack of trust created by competition, proves more difficult to resolve, than to prevent by a cooperative approach in the first place.

Pitting ourselves against each other in this manner that produces so much chaos, simply doesn't make sense.

The reason abuse of competition is so unnecessary becomes perfectly clear when you are in possession of the Ultimate Secret of the Mind.

Cooperation and collaboration cater for material reward, acknowledgement and praise. Doing so by accommodating all contributors appropriately.

Competition is inclined to confer all such tributes to at most, a few entities.

Not all people involved in competitive activities practice the downside of competition.These are the altruistic folk who keep the World sane and produce the most genuine progress. They deserve our profound gratitude for eschewing greed in favor of decency and dignity, the two engines of Social Advancement.

There is a good side to competition. 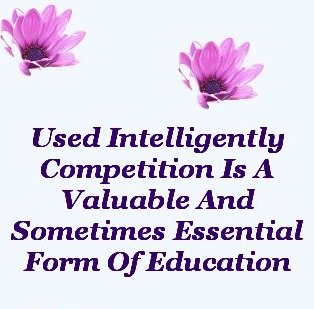 Used intelligently, Competition, in the original, Olympic sense of taking part, can be an invaluable and essential component of Education.

Where the goal is to improve, competition can stir one's mind to elevated acuity and activity. In the process instilling character, building awareness, dignity, teamwork, and camaraderie.

We can further define these desirable Good Human qualities:


With the right Attitude this knowledge can be used to focus on, and fine-tune strengths and eliminate weakness. Allowing an individual to earn everything he or she is entitled to earn. By their own genuine efforts.

Concurrently, these qualities deliver immense satisfaction, enabling you to reach and improve your peak performance in a state of Harmony.

And a little awe at your prodigious output.

When abused, competition can encourage weaker minds to indulge vice and depravity. 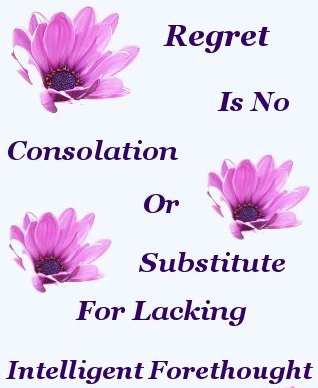 No matter what one may be occupied in doing. For no other reason than satisfy a primitive blood lust that is permitted to overpower one's innate sense of what is right.

Used carelessly, competition will drag an individual along the Moral bottom. Where the highest frequency of thought he, or she, can reach, only enables the indulger to copy and cheat.

Cooperation and Competition have frequently been portrayed as being mutually incompatible and exclusive.

Such a conclusion is easy to draw when present day abuse of competition attracts admiration and praise reminiscent of ancient Roman spectacles. An era when blood letting sports were considered entertainment. And where complete spirit crushing domination the most desirable outcome.

The all too common practice of invoking Charles Darwin's myth shattering discovery of Evolution as justification of destructive competition, as survival of the fittest, is also seriously manipulative and misleading.

Not one iota of the downside of abused competition shapes up as beneficial to wider Society when the blowtorch of Intelligent Thought is applied.

The conclusion of final domination leaves a solitary individual amidst rubble and ruin caused during the long and painful journey it would take to reach that final domination.

Would this fittest fellow reflect on how his undisciplined mind and emotions landed him in this desolate, lonely place? If he did, he would be too late. Regret is no consolation, or substitute, for refusing to engage in intelligent forethought and balancing cooperation and competition.

Next - Diverse Effects Of Competition And Cooperation