Collaboration And Cooperation
A Lesson From Nature


Collaboration And Cooperation Are About Principles

Collaboration and Cooperation in the context of this philosophy is not so much about me persuading you, or you persuading others, to do a thing one may not normally do. 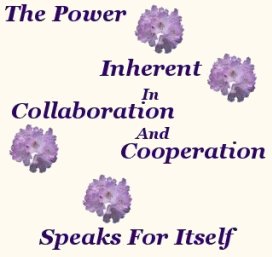 It is about comprehending the underlying Principles. That is, grasping the influence of a principle’s utility, and the benefits and mutual rewards that purposeful practice of principles offer.

Whilst it may be quite feasible to persuade others to cooperate on an ad-hoc basis, the best consequences are to be secured when one cognitively connects with others who also practice principles on purpose.

If you encounter another Human Being who practices cooperation consistently, on purpose, it will be highly probable that he or she has embarked on the voyage of Mind Development. If so, Rejoice. You will find you have much in common.

When two, or more, individuals, purposely practice cooperation, this Principle maximizes the possibility of achieving mutually desired outcomes. In addition the tantalizing probability of manifesting unseen reward is likewise maximized.

Collaboration is the purposeful act of working with others to create a thing that did not exist before. And in all likelihood would not and could not exist without the combined output of a fusing of two or more minds under particular and peculiar conditions.

For successful Collaboration, whatsoever those conditions need to be they must be permitted to come about.

This, of course, becomes more demanding the more complex the project and the more minds involved. Notwithstanding this complexity, we can look upon Collaboration and Cooperation as a process.

Epitomized by this arresting example of outstanding National achievement, comprehending a given process is paramount to accomplishing a given endeavor.

Here, as always, we can take our cues from Nature. She is the ultimate processor.

Nature created the Universe from Hydrogen using energy, pressure, heat, and time. In a process of Nucleosynthesis to effect nuclear fusion and fission to produce the Elements the Cosmos, and everything in it, is composed of.

Discovered - predicted in many instances by their necessary relationships to each other - by dedicated Scientists and painstakingly catalogued by Atomic Weight in the Periodic Table of the Elements. Developed by Russian Chemist and Scientist Dmitri Mendeleev. (1834-1907)

Every Element independently requires the existence of Unique, and Precise circumstances to come into being.

Nature commences the process with the lightest Element Hydrogen. By fusing four Hydrogen atoms She Creates one Helium atom.

The bulk of Helium pervading the Universe was formed in the Big Bang. It is also a product of Nuclear Reaction during the normal lifespan of every Star. And it is the first step on the path to Nature building Her heavier Elements.

With the exception of the very heaviest, all other naturally occurring Elements are created in the slow, convoluted death throes of small to medium sized stars.

The mass of a star and each stage of it's death throes provide the exact conditions for the atomic weight of the Element being born. 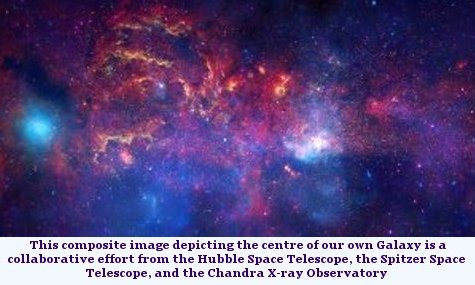 As they are fashioned, a particular Element is then driven off the surface of it's dying mother, and distributed throughout the Cosmos, via Cosmic Winds.

In this way, Nature contributes to the process of Star, Planet, and Galaxy construction in a so far infinite cycle of repetition.

The Heaviest Elements are produced and distributed in spectacular Death Explosions of the most massive stars.

Designated Supernovae, these mind shattering mini Big Bangs spew their contents into the surrounding Space at a tenth the speed of light.

Under these necessarily complete conditions, Nature has been perpetuating the Universe for billions of years. With ample evidence of billions of Galaxies in every direction of Space, one is compelled to conclude that this method works.

These Elements, from the lightest to the heaviest, are Universal building blocks which lead all the way up to Nature's greatest achievement, the Human Brain.

That brain, meaning yours and mine, can emulate the same methods utilized by it's Creator.

This author is not not suggesting that we Human Creators lay down our lives in the pursuit of creation, as do the Stars. But it should perhaps be reasoned, that Collaborative Groups do take their lead from Nature.

Doing so by encouraging, and permitting, unique, and precise, circumstances to prevail in all their endeavors.

This may involve experimenting, which should be considered a part of the basic requirements conducive to Productive Collaboration and Cooperation.


Our Future - Collaboration And Cooperation

The intellectual groundwork for Humanities knowledge base of Nuclear Processes and Astrophysics was laid out in accurate detail by a group of four keen collaborators. 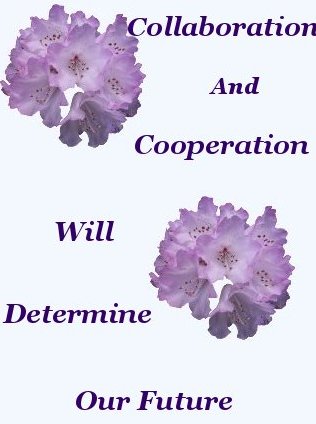 These keen, enthusiastic, collaborators, were a competent, determined group who had nothing but best guesses of leading scientists on which to launch their investigation into how Nature produced the Elements with which She built the Universe.

And you and me.

In a valiant demonstration of Intuitive Thinking, sound empirical logic, and input from scientific colleagues, these four collaborators crafted and consolidated a Theory that has advanced and solidly reinforced Modern Science.

Doing so with dogged determination, and in a manner that must excite and encourage every true Thinker on the Planet.

Purposeful Collaboration and Cooperation, used in this manner, could, and should, determine Humanities future.

The vivid details, of this impressive collaborative effort, can be found within 'Synthesis of the Elements in Stars'. Popularly known as the B2FH Paper. So named after the initials of this enlightening document's authors.

The power inherent in cooperation and collaboration speaks for itself.

Next - The Essential Requirements