Seeking The Absolute Truth
About The Universe

Closely related to Human evolution is the evolution of the Universe. Here we take a look at what we believe to be the absolute truth so far, in one of the greatest scientific battles enacted. The quarrel between the Steady State Universe and the Big Bang model.

The prevailing viewpoint before these two upstart paradigms was the belief in a static, eternal, no beginning, no end Universe.

We also get a glimpse of the mindset of the Truth Seeker.

Albert Einstein (1879-1955) published a Scientific Paper in 1917 entitled 'Cosmological considerations on the General Theory of Relativity'. Applying his Theory of General Relativity to the entire Universe pretty much kick started the disciplines of Cosmology and Cosmogony. The two Sciences dealing with the origin and evolution of the Cosmos. The Metaphysical and Physical. 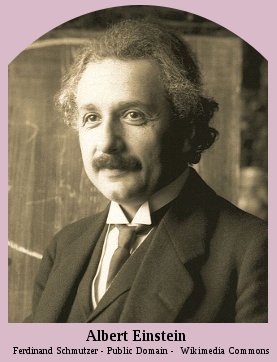 At this time scientists believed the Milky Way composed the Cosmos. Edwin Hubble was an exception.

Einstein's original reasoning for his paper was an effort to fathom the size of the Universe and how much matter it contained.

Albert Einstein was all Theoretical Physicist. To him, the absolute truth mattered. But it took a little time, and evidence, to sink in.

Usually, theoretical physicists do not involve themselves in doing experiments.

Instead, relying on their practical colleagues to prove, or disprove, hypothesises for them. And keep them informed of the state of the art of reality. Theoretical Physicist's open the way for Empirical research into this reality.

The prevailing and accepted view of reality for Centuries, and that held by Einstein himself, and  his contemporaries, was of a static, stable, eternal Universe.

The problem presented by a static model, in light of General Relativity is that Gravity would cause the Universe to eventually contract and collapse in upon itself. Creating a Big Crunch.

This determination disturbed Einstein. His belief in a static Universe, along with pressure from the Establishment, refused to allow him to accept such a pointless fate.
To accommodate the establishment view of an unchanging Universe, Albert introduced what he termed the Cosmological Constant.

The Cosmological Constant was an arbitrary figure he employed to indicate an Anti Gravity force that increased in proportion to the distance between astronomical bodies. Countering and balancing the gravitational attraction of matter on a Cosmic Scale, that would otherwise imminently contract and self destruct.

Einstein's Cosmological Constant Modification fitted in with known facts at the time and satisfied the consensus of the Establishment. Which even today does not show adequate interest in the absolute truth.


Not All Scientists Agreed With Albert's Cosmological Constant 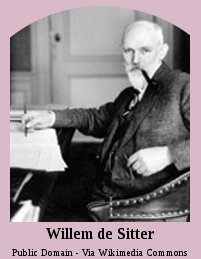 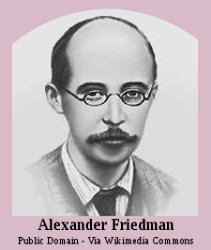 The first inklings that the Universe may not be static and eternal came from two sources. Dutch Astronomer Willem de Sitter. (1872-1934) And Russian Mathematician and Scientist Alexander Friedmann. (1888-1925)

The Friedmann and de Sitter presentations indicated that the Universe was not only capable of change, but was actually in the process of change, and in fact could be expanding.

An expanding Universe was a proposition Einstein and others believed to be conjecture. Friedmann and de Sitter's thoughtful results flew in the face of the established belief among astronomers that the Universe was static and stable.

Amongst and within the budding fraternity of Cosmology, their expanding Universe hypotheses were greeted with the coolness typical of a lack of comprehension. 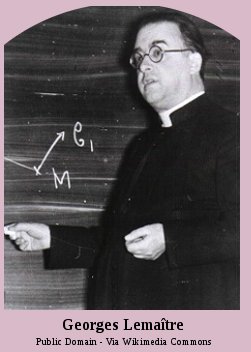 These hypotheses Lay dormant for a number of years until retrieved by Theoretical Cosmologist and Priest, Belgian Georges Lemaître (1894-1966) in 1927.

Lemaître, one more absolute truth seeker, proposed unequivocally that the Universe was expanding. And if he were correct, then the Universe must have been smaller in the past.

Conducting this thread of thinking to it's logical conclusion, Lemaître then presented his own hypothesis of a “Primeval Atom”. Which exploding violently, created all matter.

The Lemaître thread of thought also suggested the Universe was in fact eternal. In the sense that it would repeatedly expand and contract.

Although based in sound known physics of the day, this modelling also was rejected by Einstein and the Establishment in general. In favor of a Static Eternal Universe.

The current Establishment view is that the expansion of the Cosmos is actually increasing and it's fate is to eventually disintegrate, by pulling itself apart.

Desire For The Absolute Truth Stimulates Other Great Minds

With no observable proof of a changing Cosmos, absolute truth proving to be elusive, the Eternal Stable Universe view was to remain accepted and dominant for thirteen years from the release of Albert Einstein's paper on Cosmology.

But in real Scientific Fashion, Einstein had stimulated other Great Minds and proof of Lemaître's hypothesis was in the wings.