In his quest to find Spiritual Intelligence, Pierre Teilhard de Chardin believed that the Beginning of the Universe consisted of Subatomic Particles. These Subatomic Particles formed Atoms. With ever increasing complexity, combinations of Atoms formed Inorganic Matter . . . 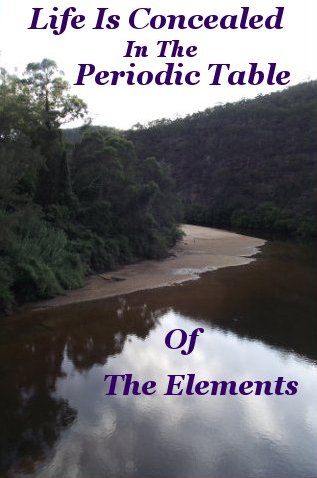 Over time this Inorganic Matter progressing into rich Organic Matter. Hence Simple Life Forms, Self Replicating Cells, and on to ever more complicated life.

Continuing all the way to Humans - and our fascinating Brains.

To where we witness the very first glimmer of Human Intelligence.

Today we know this sequence from inorganic to living creatures to be true. With ample evidence to prove it so.

The Secret Of Life is concealed in the Periodic Table of the Elements.

We are, as is all life, made of the same inorganic matter as the stars above.

From life comes the capability to receive, process, and transmit Thought. With the use of Thought Humans have developed communities and communication networks that span and blanket our entire planet.

Culminating so far, in the Internet.

The Internet in real time, is evolving into a Planetary Nervous System. Eventually nothing will escape connection. From these networks and the Human use of Thought, the Noosphere will increase in complexity as it evolves. Just as Biology tends towards increasing complexity physically.

Humanity is at a crossroads. The levels of technical proficiency that Humans have attained is mind boggling for most people.

Paradoxically, that very proficiency is fast eroding our freedom, particularly in Democracies.

The repugnant to decency insistence of lower plane thinking is on course to overwhelm freedom. With the unwitting help of those losing it.

Today, general awareness of Thought and Spiritual Intelligence, appears to be at the same level of Thales and Electricity. 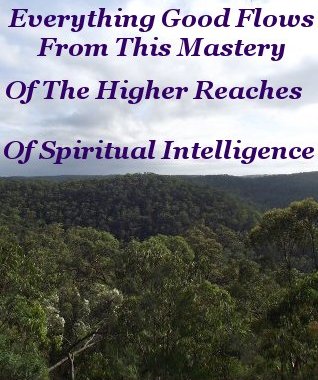 Thales may or may not have envisaged and related the Law Of Induction to the phenomenon of Static Electricity.

One thing is certain though, the people of that period, whilst possibly aware of this phenomenon, lacked knowledge and were ignorant of it's potential.

Today, we are in a far superior position on the subject of Thought.

Our current knowledge of Thought is less than complete. But we have more than enough useful information to attain Self Reliance.

And in doing so, set in train the process whereby the Noosphere can become common knowledge. Henceforth it can be discussed, understood, accepted and contributed to. In a Moral Manner by the majority of Good Human Beings.

Sufficient self reliant folk contributing moral thoughts to the Noosphere will render practitioners of lower plane thinking ineffective and redundant.

But first there is an urgent necessity for a widespread understanding of Self Reliance. Additionally, much work needs to be done in the field of Human Behavior.

This work consists singularly of Education of the individual to Master higher reaches of spiritual intelligence.

Doing this is an intellectual challenge - an integral part of Enlightenment - that can be initiated and undertaken by the committed individual.

Everything Good flows from this Mastery.

Humans have for some time now, purposely influenced Evolution of the Animal and Plant kingdoms.

From the point of realization that we we Humans create the future, we can consciously and purposely influence the Evolutionary process that produced us. Doing so with nothing more - or less - than the Power of our Minds.

Employing one's Mind Power in a Moral Manner is Personal Development at it's highest and most influential level. 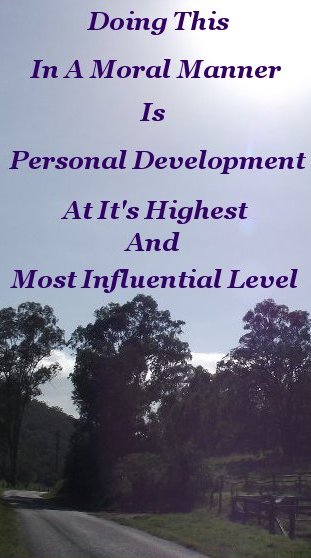 Upon reaching the Omega Point as proposed by Pierre Teilhard de Chardin, new generations of folk withdrawing from, and contributing to, the ranks of knowledge, will do so with complete equanimity and impunity.

They will not encounter the obstructionism, or political chicanery and sophistry of lower plane thinking which has been the hallmark of Human interaction to date.

Instead, they will meet solely with harmonious Cooperation. And produce prodigious outcomes. Whatever the endeavor.

The more we help each other to adopt higher planes of Thought, the sooner will Omega be reached. But more immediate and urgent is the need to find solutions to the mess created from lower plane thinking.

These solutions will not be found in the same dull thinking that created the problems. Continuing on the path of lower plane thinking is ultimately quite unsustainable.

Mastering the higher planes of Spiritual Intelligence will allow us to resolve the mess we are in and set us on the path to Omega.

Omega is genuine and complete Freedom.

Next - Final Destination Of The Human Mind?