In an example of cooperation that demonstrates and emphasizes the crucial role this Law of Nature plays in Human affairs, we still find selfish resistance that can at best, be described as simply a lack of understanding. 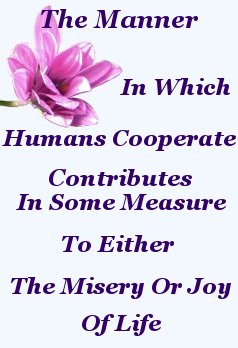 Self inflicted calamities almost inevitably have there genesis in ignorance.

Employing trial and error in an endeavor to ascertain truth is a sometimes risky, but acceptable, means to stimulate progress. Rank ignorance, relying on mere opinion, is not.

About the same time as the  cane toad received it's misguided commission, an exploration  was in progress in order to find a substitute for the very effective, but dangerous to life and limb chemicals employed in the Refrigeration Industry.

Culminating in the discovery of the chlorofluorocarbons family. A group of chemicals commonly referred to as - CFCs.

Chlorofluorocarbons are the compounds which today we know contribute to the depletion of the Ozone layer.

This thin layer of Ozone protects our Planet and life from Ultraviolet Rays that are part of the light emitted by the sun. Lack of knowledge allowed us to swap one danger for, in this case, an altogether worse option.

Had it not been for the observant and associative understanding of three eminent scientists, two generations after CFCs were first employed, and their ensuing tireless efforts to bring to the World's attention the imminent dangers of Ozone depletion, we may now be frying in our own juices.

The previously mentioned Paul Crutzen, alongside his fellow Atmospheric and Environmental Scientists, Sherwood Rowland and Mario Molina shared the 1995 Nobel Prize in Chemistry for saving our skins.

These three men used the power of their minds to save the world.


Where It All Started

Rowland and Molina started the ball rolling in 1974 with the publication of their Seminal Paper on CFCs. The progress and consequences of this Planet saving example of cooperation these wise men initiated, can be found here - Universal Ratification.

Stabilizing the deleterious depletion of the ozone layer is the precedent for World-wide Cooperation. 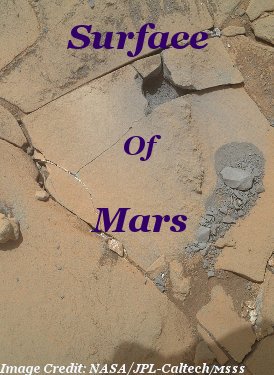 This sterling example of cooperation inspires beyond doubt that we can all work together to restore our environment when we understand both the complex intricacies of the Laws of Nature and the destructive outcomes of our disparate and often selfish actions, when we disregard Her Laws.

Deliberately, or from ignorance.

The fact that it took a raw Public comprehension and a subsequent Public outcry, that if we Humans failed to work together to arrest, and repair, the expanding damage we were inflicting on the Ozone Layer, Earth would soon replicate Mars, should serve as a grim reminder, that all Humanity, is still treading the path to destruction of our Environment on many fronts.

The success of this worthy feat to save our own lives should encourage Humanity to repeat this example of cooperation. Underpinned by the Law of Cooperation, Global Security can be maintained in the knowledge that our Activities never pose a dire threat to our survival ever again.

Now that will test our Intelligence!!

Even when our survival is at stake some minds find it impossible to grasp the enormity of a predicament. Blindly attempting to force their misguided will upon more rational minds, who, with new information, can see the imminent dangers of following a strategy that will for sure deliver profits, yet inflict irreparable damage whilst doing so.

To recklessly continue along that route will not only eventually destroy those profits, but also the opportunity to ever again make them.

Myopic self interest, whether in an individual capacity, or on a National basis, isn't Good, but it is understandable. Nevertheless, it rarely culminates in equitable outcomes. Narrow self interest is the bane of coherence.

The dangers of Short Sighted Selfishness, usually directly associated with greed, that can so abruptly derail cooperation, even at elevated levels of responsibility, are ever with us.

Short sighted selfishness can infiltrate the highest levels of authority. Including elected authority. Subjugating that authority to vile greed, and in the process forcing the abdication of the duty that authority was installed to uphold.

This is abject evil and it is the greatest menace to Universal Cooperation on matters not only on of survival and freedom, but to everything in between.

All evil will, however, meet it's downfall, when Good Humans readily participate in a powerful new era of cooperation.

Countering setbacks steeped in ignorance, as a species we have made a superb effort to cooperate and curb the damage to the atmosphere we have so far inflicted. 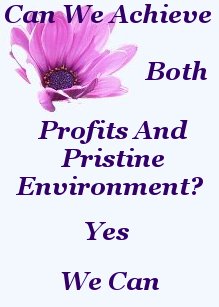 Either Human well-being or Environmental well-being.

Devastation is still rampant despite a wealth of knowledge we already have at our disposal. Surely this is a clear indication that we, as individuals, should go the Extra Mile and  combine our Brainpower to work together to resolve problems from a viewpoint of environmental sustainability.

Sustainable healthy profits are not merely desirable. Profits are intrinsic to, and essential for, future growth.

Maintaining an environment in which profits can be continuously reaped is not an option. It is an indispensable investment to that future growth. Once achieved, money flows like a river.

This is the reward for knowledgeable crystal clear Thinking. Expressed via the glowing Good Health of every living thing within that environment. Money, alone, cannot buy Good Health.

We can attain worthwhile profits, and retain a pristine environment, by emulating Nature's no nonsense example of cooperation. Where Harmony is prerequisite to long term equitable success.

This Example Of Cooperation Rocks!