Collaboration And Democracy
Were Made For Each Other

Collaboration and Democracy were made for each other. Complementing and enhancing the benefits each offers via the implementation and Sharing of Principles.

Principles in the mold of Transparency, Truth, Honesty, Decency, and Trust, that enable these two awe inspiring institutions to function and flourish. 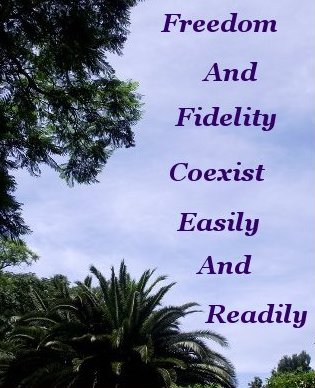 The same Principles that provide the impetus that motivate the Human Spirit, allowing it to rise and effortlessly soar.

Collaboration and Democracy require a climate drenched in the warmth of Freedom and Empathy to be completely and unambiguously effective.

A reciprocal climate where true Freedom and Responsibility coexist as easily and readily as does Love and Friendship.

With such an advantageous climate well within our Human capability to achieve, one could be excused for questioning why, we Humans, are not pursuing this desirable goal with all our heart, soul, and intellect.

Freedom and Fidelity coexist easily and readily. Yet, it is the fear, and loathing, of our narrow minded brothers who assume the right to subjugate others, that stunts our capacity to Think, and act, courageously. Herein resides the mortal enemy of Collaboration and Democracy.


Insidious Threat To Collaboration and Democracy

There is an insidious pestilence threatening to destroy what we have of Democracy. This potential social disaster is engendered and promoted by the very custodians we entrust and empower to guard, cultivate, and nurture our Freedom.

The canker of the desire for absolute power has infected a Big Brother, whom in his defective state of mind is determined to subjugate the masses by invading our privacy and eliminating our choices. Passing it off as a means to keep us safe and secure. 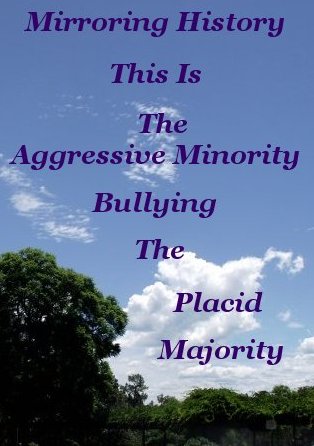 Little will be attempted to secure Freedom by these less than astute eliminators of Liberty. The task of cultivation of a fearful population captivates their narrow minds.

A properly elected Government that employs stealth and deception in endeavors to engineer control of our lives is disturbing and offensive. Yet, we witness this loathsome approach nibbling away at Freedom all around the World.

This loathsome approach to life is now infecting some in the Business World, and being foisted on a trusting and unsuspecting public as in our best interests.

How, by accepting invasion of an individual's privacy and condoning contracts that control the purchasers of some goods and services can be in one's best interests, has this author flummoxed.

The aforementioned type of behavior - the mere tip of a growing unstable iceberg - does not come close to Democracy, the essence of which is - - -

Government by the people; a form of government in which
the supreme power is retained and directly exercised by
the people.


Mirroring history, this is the tiresome aggressive minority bullying the placid majority. By means of modern technology.


Humans Create Their Own Future

Power was originally derived from dominance over the vapid and ignorant masses, via violence. And later, combined with power derived from money. Money leveraged the capacity of those who desired to dominate, to wage compound war on their fellow Humans. 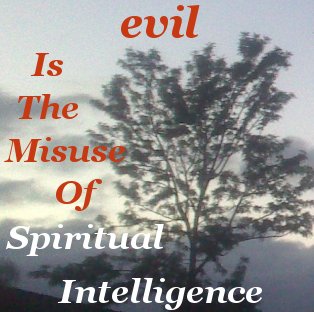 War positioned a privileged few to inordinately influence the direction Humanity has followed.

This author firmly believes that in common with the non thinking, power seeking, aggressive minority, today, the future health and well-being of their fellow Humans was not on these primitive warmongers agenda.

Whilst advancing towards the optimal well-being of our species held little or no interest for them, the disturbing chaotic conditions brought about by these warmonger's atrocious control seeking activities were the deleterious circumstances Good Human Beings who did care about Human progress were compelled to work in.

We can marvel at, and learn from, the accomplishments of these heroic women and men who worked, and prevailed, in the midst of unspeakable physical and psychologically violent evil.

Evil is the misuse of the Universal force of Spiritual Intelligence.


evil Is Still With Us

Fast forward to the present era and we find that evil is still very much with us. Somewhat abated in the physical sense, it is on the rise in the psychological sense. Disturbingly, it is on the rapid increase in the so called first world. Via technology.

By means of the same awed sense of helplessness that so effectively enslaved our forebears, we are now being trussed up in the knots of privacy invading electronic surveillance.

The chilling, stark reality is that there is nowhere to hide.

An excellent starting point to gain an overview of the Human Mind's deceptive capabilities is investigative journalist Robert O'Harrow's illuminating if disquieting, book, 'No Place To Hide'.

There can be no doubt, evil is a product of ignorance.

This is fellow Human beings, who, instead of utilizing Spiritual Intelligence, Collaboration, and Democracy, to help make the world a better place, succumb to the Lower Plane Thinking temptation of amoral gain. In an endeavor to take advantage of our unqualified trust born of a lack of awareness.

These abominable characters are themselves unaware.

Despots are unaware they can hold the same power and influence with our complete sanction.

Instead of generating fear, and contempt for themself, and their actions, when their nefarious intentions are exposed, these unhappy characters could become icons of  Advanced Society.

And earn our enduring, love, respect and gratitude. Doing so, with a simple Attitude Change.

They themselves then need not be afraid. Collaboration and Democracy are the means to this end.

Next - Collaboration and Democracy - Part Two