Investigating The Mystery of Spiritual Intelligence

Yet to Be Understood

Science cannot yet explain this Spiritual Intelligence aspect of life, and the Universe. Placing it in the category of Metaphysics.

Metaphysics can be best described as the study of the non-material World.

That which cannot be perceived by our physical senses. As opposed to the study of Physics, which can. 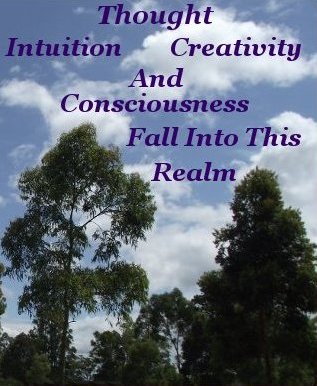 Metaphysics could also be described as subjects we don't yet understand, and still have not determined a Law that explains a subject's function.

fall into this realm.

Several intelligent attempts, including String Theory, are currently being conducted to formulate and express a Grand Unified Theory. Connecting the divide between Quantum Mechanics and Classical Physics.

In the same manner that has proven Electricity to be a single flow composed of two distinct parts.

In a similar fashion we may eventually connect the divide between the Physical and the Spiritual.

Thought, Creativity, Intuition and Consciousness, may well be identifiable parts of the one force. And closely associated with Quantum Mechanics.

We readily accept that Evolution is responsible for the physical changes and environmental adaptation of a given species, including Humans.

My reasoning and reflections suggests to me that a related Force is at work in the Intelligence department. This Spiritual Force, unlike Electric Current, is not detected by our Physical Senses, but, like electric current, the consequences of its use are easily recognized. Good consequences and bad.

This Spiritual Force is detected and processed by the Subconscious Mind.

Our mind is a Metaphysical Element which itself cannot be detected by the Physical Senses. Yet we all 'know' our mind exists.


Spiritual Intelligence Is A Polarizing Subject

Spiritual Intelligence is the most contentious element concerning the Human Mind.

Because Science does not yet understand what this power is, or whether it is internal or external, it remains a polarizing subject.

Proponents embrace it completely. Opponents tend to reject it outright. My own position is that of complete acceptance. Wherever I apply this force it works consistently and reliably.

How it works is another matter and remains a subject of hypothesis.That is a hypothesis about which I am fascinated, open minded, and I offer the following consideration:

We are well aware our physical senses do not produce what they detect. 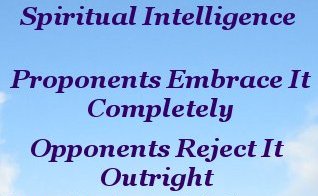 Why is it then, that we find it so difficult to contemplate that the Brain does not produce thought?

What if our Brain is a Metaphysical Sense Organ, receiving, processing, and transmitting thought?

Getting in touch with Spiritual Intelligence, or whatever name you prefer to know it by, is a good starting point to grasp an understanding of this Power that operates the Human Mind, and the Cosmos.

Closer to home, a French born Catholic Priest, Pierre Teilhard de Chardin (1881-1955) brings the Spiritual aspect of life into vivid focus by localizing it to our beautiful blue planet. With his Noosphere.

He captures the essence of  spiritual  intelligence, as it is understood in the context of this philosophy, with his deep and perceptive thinking. 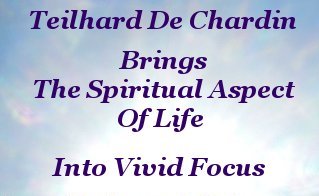 Pierre Teilhard de Chardin, Geologist, Paleontologist, Anthropologist, and a Jesuit Priest, was exiled to China by his Religious Order, in an attempt to prevent his writings and views reaching an audience.

In his somewhat densely written, but conversely, illuminating book, The Phenomenon of Man, he has come as close as anyone - before or after him - to making sense of spiritual phenomena in a scientific manner.

Published first in his native French language in 1955 and later, the English language in 1959. This book contains his most important and influential thinking on Evolution and Thought.

As a Jesuit, he required the permission and approval of his superiors to speak publicly, or publish his writings. When these superiors realized that his views disagreed in some measure with the teachings of their Order, he was prohibited from public speaking or publishing his writings, and removed from former teaching roles.

It would have been of little comfort to him when Pius XII, the then reigning Pope, announced publicly, two years before his death, that the Theory of Evolution did not conflict with the teachings of the Catholic Church, and these bans remained in force.

Fortunately for us, this extreme type of permission is only required while an author is living, and The Phenomenon of Man was published shortly after his death. 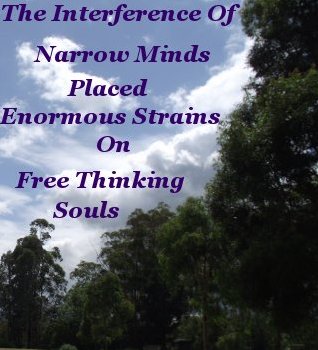 It is distressing to note that what Chardin considered a key element in the intellectual advancement of the Human species, full personal expression, was to him denied.

The interference of narrow minds in pursuit of selfish control, across all our history, has inflicted enormous strains on the free thinking souls who possess the audacity to exercise their free thinking abilities.

Rampant narrow minds are still much active today. Restraining our progress towards Enlightenment, Peace, and Prosperity.

Akin to the resistance of the hardy tree that withstands lashing storms and searing heat that Nature throws at it, and grows to be tall, straight and strong, these same narrow minds, then and now, are mere obstacles.

That by overcoming, strengthened, and continue to strengthen, the capable and determined Truth Seeker.

Moral use of Spiritual Intelligence will prevail.