Non-cooperation With evil
A Force For Good

With so much attention being paid to cooperation on this site, it is worth taking a look at the value of it's most useful first cousin, non-cooperation with evil. 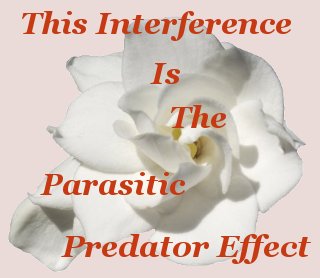 In the context of the philosophy of Personal Development expounded on these pages, non-cooperation with evil can be taken to mean rigorous non-violent disapproval of interference with another's Human Rights.

I have labeled this interference the parasitic predator effect.

This parasitic predator element is involved in every evil act.

Countless numbers have suffered at the command of the unconscionable entities who have ridden, and still ride roughshod over their fellows, at least since we settled into groups, then communities. Large and small.

Communities and groups, even informal gatherings, require activities to be organized to function effectively. Rules followed early Organization, Regulation followed Rules, and the rudiments of The Rule Of Law was conceived in the minds of wise Good Humans.

Organization of the Human Being, via The Rule Of Law evolved into ever more complex situations, creating positions of power that invested in individuals authority over the masses. At the same time, it gave birth to the parasitic predator effect. The temptation to usurp authority and steal possessions was irresistible to the predatory parasites.

The invention of power over others became locked in what seems like a perpetual struggle between Good and evil.

Keeping the rule of law wise has been the second most difficult challenge we Humans have encountered. The first, closely related to wisdom, is adhering to a universal moral code. 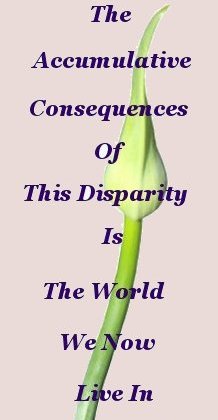 The rule of law requires jurisprudence, (in-depth knowledge of the law as it applies to a given jurisdiction) to not only administer justly when Humans err in their dealings with each other and cannot resolve conflict, but to conduct those dealings fairly in the first place.

This implies that every citizen in every jurisdiction possesses such knowledge.

Sadly this is not the case, and it never has been. Presenting opportunities for predators to dominate, steal from, or otherwise take detrimental advantage of their fellow Human's progress in life.

The accumulative consequences of this disparity of legal, and, it would seem, knowledge in general, is the world we now live in.

Only when the tipping point is reached where an adequate percentage of Good Humans understand how his or her mind works, will we see the world reliably change for the better.

Politically, non-cooperation is an intelligent form of protest against the misuse of power. It is not used to simply rebel, but to inform those who would take advantage of their fellow Humans that as individuals, or organized groups, we are aware of their nefarious intentions and their abusing of the position of authority they have the privilege to hold, will place that holder in jeopardy of losing that position.

When used in conjunction with cooperation, self discipline, initiative, and moral fortitude, non-cooperation is the definition of true Democracy.

Mahatma Gandhi raised Humanities awareness of non-cooperation with evil as a powerful tool with which to combat wrongdoing. Proving it's effectiveness when implemented intelligently.

It is not necessary to delve deep into obscure Laws of the Land, many of which attempt to address injustices but fail dismally because the spirit of such laws is absent, to find solutions to our burgeoning problems.

Human made laws are no substitute for Moral Fortitude, which finds it's genesis in Natural Law. Gandhi also emphatically proved this fact. Essentially liberating his Homeland with nothing other that the power of the Moral Human Mind.

Equitable Laws of the Land are an essential component of operating a successful, harmonious, Society. Equitable laws should have the full weight of support (spirit) of every member of society behind them.

The Spirit Of The Law is often missing for the reason as mentioned above, even in a supposedly just society, that is, Democracy, many members do not understand the laws that are meant to regulate and balance our dealings with each other. 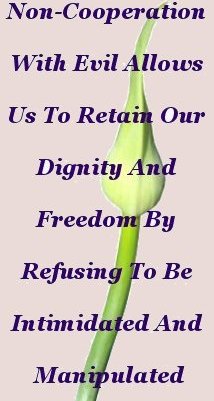 Instead, they see the Law as an incomprehensible threat.

Neither do they understand the Natural Laws that govern the Human mind.

Lacking knowledge and understanding is a major hindrance to harmony within society. Providing abundant opportunity for unscrupulous characters to cast their icky nets of deception into the murky waters of ignorance, and trawl profitably for ill-gotten gain. Whether it be power or money.

In the process slamming the brakes on Humanities intellectual, and frequently, personal material advancement.

A condition that becomes even more grievous when disingenuous, formally qualified legal types, doing the bidding of the unscrupulous, employ their formal education to circumvent the spirit of equitable laws.

Or to influence legislators to reduce the potency of laws that may hinder the progress of their questionable endeavors. Alienating Good Humans who consistently act with moral fortitude.

The rest of Humanity uncomprehendingly comply with whoever is calling the shots.

This is where non-cooperation with evil can come to our aid, acting as an antidote that effectively places out of reach temptations that wrongdoers find so irresistible. If, as individuals, we decide to exercise it.

Non-cooperation with evil allows us to retain our dignity and freedom by refusing to be intimidated and manipulated.


There Are Two Parts To Non-Cooperation With Evil

Knowledge and implementation are the two elements comprising non-cooperation with evil.

When one comprehends a given situation and knows beyond doubt that another is behaving immorally, then one can take action appropriate to the situation.

Wise minds who educate and make themselves aware of the intentions and consequences of evil, however it threatens to manifest, and decide not to be part of it are underpinning a sound and secure society.

A sound and secure society is a free society.