Cousin to fellow Englishman Charles Darwin (1809 -1882) who introduced Evolution to the world with his work - Origin of the Species by Means of Natural Selection or The Preservation of Favored Races in the Struggle for Life - published in 1859. 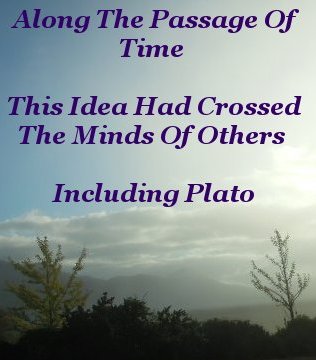 Darwin's ground-breaking work, a seminal, yet almost complete theory, initiated a controversy that continues to the present day.

Galton, interpreting Darwin literally, believed that society, by protecting and supporting the mentally and physically disadvantaged  members, thwarted Natural Selection weeding out the sick and weak.

Galton believed this protection posed a threat to the advancement of Humanity.

He hoped ways and means could be found for the stronger races to attain predominance.

Francis Galton believed that Humans could potently intervene in evolution. By substituting natural selection with methods that would help improve the stock, while preventing mental and physical suffering. These methods included breeding only with the fit, and checking the birthrate of the unfit.


Eugenics Is Not A New Concept

Along the passage of time this idea had crossed the minds of others, including Plato. Galton however, brought the subject into sharp public prominence.

Whereas it should be emphasized that his intentions were well meaning it was not long before less honorable entities were misappropriating his social engineering agenda.

Galton's theory of interference with Natural Selection, initially embraced by many, and in contrast to his sundry worthwhile contributions in other fields, created controversy and activity of a much sinister nature than the research presented by his Naturalist cousin. Which had set in motion his train of thinking.

Eugenics is Humanities attempts to interfere with it's own Gene Pool in various ways. Including, in the past, selective breeding, and more recently, Genetic Engineering. 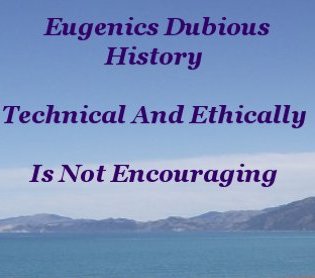 Eugenics dubious and tarnished history, technically and ethically, is not encouraging and leaves it vulnerable to valid claims that interfering with evolution in this manner is utterly amoral.

Intervention, in the form of gene manipulation appears enticingly attractive as a means of disease eradication, or altering physical and mental characteristics.

However, we cannot be sure of the consequences of this type of interference over time. Evolution advances by means of mutation. Altering genetic structure to achieve it's ends.

This raises moral and ethical questions that tell us in no uncertain terms to find solutions where we can predict the consequences and remain in beneficial Harmony with Nature.

Practical advice here would be, ”look but don't touch”. Learning, until at least we definitely understand what the long term effects will be.

At that point wise decisions can be made.

In the early days of Chemistry it was not uncommon for practitioners to blow their workspace apart. Perhaps to smithereens, in the course of discovering what happens when two or more substances were mixed together. 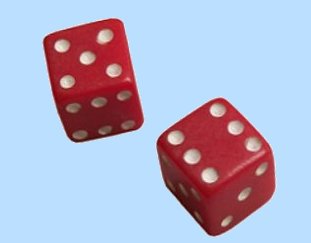 Reminiscent of the Roadrunner of cartoon fame, there is a comic and fun element to the exploits of these brave, but foolhardy early explorers.

Significantly, these incidences were isolated to the immediate area and participant/s.

When it comes to playing around with the fundamental building blocks of life, there is no such comic or fun element.

We Humans are today in possession of technology that enables anyone with the expertise to employ it, to edit the Human Genome with the same 'precision' as does Nature Herself.

The term 'precision' in the case of Genome Editing should be considered with extreme caution. The unintended consequences of technology are quite simply devastating. Bring to mind the life threatening pollution generated by the internal combustion engine as an easily comprehended example.

And dwell for a moment or two on the legislative nightmare enacted in an attempt to solve a technical problem that should have been dealt with at the time of this invention.

Except of course, not one soul had an inkling of the devastation to come, caused by the exhaust gases of the internal combustion engine.

The same charge of lack of subject knowledge can be directed at the promoters of genetic engineering.

Implementing Genome Editing Technology, particularly in the context of allowing commercialization, without solutions, owing to a lack of regard for these unintended consequences, is not merely irresponsible.

It is foolhardy tampering. As would be allowing Patents on Genome editing technology and products.

Even with the most honorable intentions the possibilities of vitiating the process are high. With nefarious intentions, vitiation is all but certain.

At this stage of our understanding, regardless of intention, to assume we can eradicate disease or bring about any desirable physical or character traits, or eliminate the undesirable, by altering our genetic structure is quite simply playing dice with Humanities future.

There is nonetheless, a safe, side effect free, dependable alternative to such a rash venture. With the invaluable attraction of placing power where it rightly belongs – with the individual. 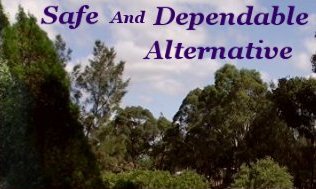 'Natural Eugenics' offers Humanity the best hope of turning the tide of ignorance and neglect into freedom and opportunity for individuals.

Who in turn, by dint of right thinking, will restore our abused home and relations to vibrant health. The way it should be. All to be had for the price of careful vigilance towards, and practice of, Natural law.

Modern mind explorers have access to a wealth of information gathered from all manner of past Eugenics experiments and discovery.

The methods employed by and the results obtained from those particular methods should provide clear guidelines to thinking men and women who consider morals and ethics as imperative to a healthy egalitarian future.

Eugenics Do Not Rock!