Human Intelligence Is Emerging As
An Integral Force of Human Affairs

Human intelligence is now well on the way to establishing itself as an integral component of Human affairs. We are entering the 14th century AD, the beginning of The Renaissance, which will last for the next three hundred years. 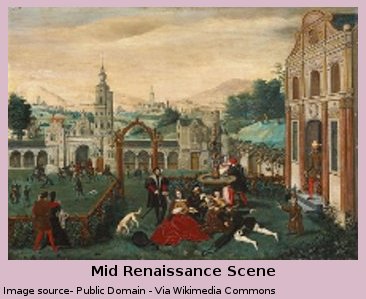 It was around this time that spectacles became more common.

As is the situation with many early innovations, the origin of spectacles is shrouded in a haze of uncertainty.

However, that does not detract from the huge influence spectacles had on the advancement of Humanity.

Clear vision, whether at a distance or close range, would have kept huge numbers of people in a job and at work who were either born with faulty sight or developed it as they aged, in particular, presbyopia, (inability to see clearly at close range).

Before spectacles became freely available, jobs were jeopardized and skills built up over a lifetime were lost to the economy, and Humanity in general.

Particularly of those Humans with an inventive nature.

It is worth noting that it took several hundred years for arms to appear on specs. A good example of Human's general unawareness of the intelligence at their disposal.

Another aid to the implementation of intelligent progress of this period, the newly invented mechanical clock, would gradually supersede the water clock created in antiquity. 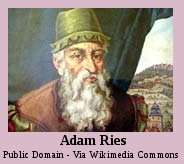 Madhava also contributes generously - intellectually - to the development of many other branches of maths such as Trigonometry, Geometry, and Algebra.

At the leading edge of progress, courtesy of the new Gutenberg Printing Press, German mathematician, Adam Ries, (1492-1559) published arithmetic textbooks intended for anyone who was willing to learn.

Amongst many others, these two men contributed to the core development of Human intelligence, and self reliance.

Adam Ries textbooks contained all branches of arithmetic taught in primary school today. Including division, which at Ries time was an uncommon skill.

Napier, a keen horticulturist, was perhaps the first chap to experiment with chemical fertilizer.

His fertile mind had a dark side, imagining en masse destruction of 'enemy' forces by various means. 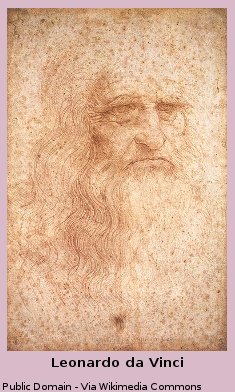 Leonardo da Vinci (1452-1519) an all round Italian Genius, appears on life's stage and does his darnedest to bring the future forward.

Apart from his consummate ability as an artist, his inventive trait led him to research and dabble in diverse fields of science. Leaving works of art, and influential observations, in his wake for perpetuity.

This super cool dude encompassed such a wide spectrum of intelligence that it leaves me in utter awe of his mind.

Years ago I attended an exhibition that replicated his lifework. A mesmerizing experience indeed.

His thinking was impeccable, mostly.

He, like John Napier et al, had a dark side, which was evident in his designs of horrific war machines. These may have been inspired by the times. If so, in this respect his thinking was flawed.

I would have been admirably impressed had he - and Napier et al - used his Human Intelligence to find and implement solutions for a peaceful World instead.