Setbacks to Human intelligence continue in the West as out of control egos create mayhem and carnage, in futile attempts to dominate one another. 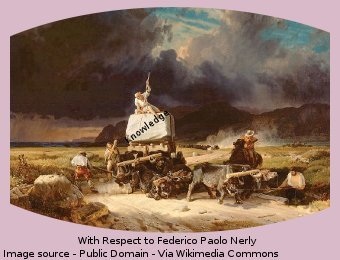 In the face of ever increasing violence and destruction, intelligent decisions needed to be made.

Visionary Humans acted with valor and bravery to defend and protect their accumulated knowledge, the fruits of their Higher Thought, in the most pragmatic way.

Moving it so violent fools could not access and destroy it.

The emphasis on learning migrates to the stability of the Middle East. This flight is what we know today as brain drain. But the overriding motive was to protect and preserve painstakingly earned knowledge. 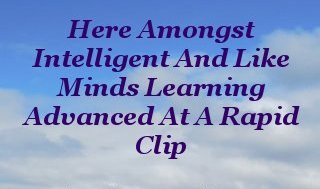 This stable period in the East was known as the Islamic Golden Age. Lasting for around five hundred years. From the mid eighth to the mid thirteenth century.

Here, amongst intelligent and like minds, learning advanced at a rapid clip. The translation of many important European Manuscripts such as Ptolemy's Almagest, were carried out in Academic Centers, like Bayt al-Hikma. The House Of Wisdom.

Bayt al-Hikma was burned and extensively damaged during the recent Iraqi - American war.

While Europeans languished in a morass of recriminations, reprisals, and repression, brave voices cried out in dissent, and brave souls sought new knowledge.

Many paid a horrific price for daring to expand their mind. Suffering loss of freedom and torture. Often that price was their life. Death by hanging, or burning at the stake.

During this period of rank ignorance and minimal expression of our Human intelligence in Europe, Islamic Scholars, working in harmony with other scholars of many ethnic backgrounds kept Astronomy, Medicine, and other disciplines alive and well.

Translations of early European works into Arabic, were amalgamated with existing Islamic knowledge, built upon and expanded.

As with other periods of stable Human relations, much was discovered and many advances made during the Islamic Golden Age across practically all disciplines.

Advances that set the scene for further progress by laying the sound foundations for science and society that we take for granted today.

These advances were finding their way back to the West as the flourishing Islamic Golden Age suffered decline at the hands of the Crusaders. And then annihilation and destruction via the ambitions of Genghis Khan and his descendants.

Advances and progress though, were not altogether welcomed by the ruling classes in Europe. Power over their fellows was more their thing. Using brute force would achieve this trick. So they thought.

Talk about a merry go round. 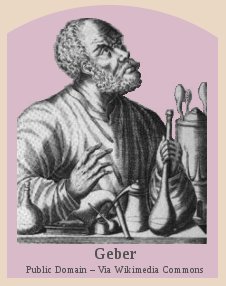 Towards the beginning of this Golden Age, in the mid eighth century, Jābir ibn Hayyān (Geber), an Islamic alchemist, advocates practising scientific rigor and experimenting.

His persistent on-going demand for rigor and experimentation helping to dispel mysticism and superstition. Replacing these stultifying attitudes with knowing.

He shares the title of Father of Chemistry with other great minds.

Setting in motion what we today call the Scientific Method, is surely deserving of the title.

Rigorous defenders of the Scientific Method were, and still are, very special people. Few, relatively speaking, and far between. They made exceptional effort to keep rationality alive in very misunderstood areas.

Believe it or not Humanity is still struggling with this problem today.  Some of our fellows refusing to use their minds to think. Like Homo Habilis they are unaware of their Human intelligence.

Finding thinking too difficult, they allow others to control and direct their lives via those same crude influences that have worked in the past, and still work, in the absence of knowledge and understanding.

The definition of the word Science, is “To Know”. Thus Science covers every aspect of existence. The more we understand, both collectively and as individuals, the less influence evil has on our decision making.

As with the rest of early history there is doubt, due to the lack of hard evidence, about the accuracy of events and actual time span of the dark ages in Europe.

But what we do know is more than sufficient to confirm that oppression reigned supreme over Human Intelligence.

And we also know oppression in it's various guises is still a very significant problem today.

Why this is so, is another point to ponder. But as serious a problem as it is, we can take heart.

The answer resides within our own minds. Personal Development philosophy, presented on this and other quality sites, provides the tools to unleash the power that can deal effectively with this debilitating condition.

Next - Ignore At Our Peril