Human Intelligence Gathers Momentum
But Not All Is Rosy

The implementation of our Human intelligence gathers momentum as we enter the Current Era. The secular equivalent of Anno Domini.

AD, Anno Domini, meaning after Christ, witnessed an ever accelerating rate of Invention and Discovery. And more than a few setbacks.

Anno Domini, is the birth year of Jesus Christ, and indicates the first year of the Gregorian Calendar. Introduced by Pope Gregory XIII in 1582.

In time replacing the Julian Calendar, which did not accurately reflect the coinciding of the Christian Church celebration of Easter, and the Natural event, the Spring Equinox.

The Julian Calendar was subject to compounding error in this respect as the years ticked by.

Introduced by Roman Emperor Julius Caesar forty six years before the birth of Christ, the Julian Calendar was well entrenched, and the two instruments coexisted until recent times.

Although it is religious in origin and nature, the Gregorian Calendar adopted over the centuries, has become universally accepted as the Civil Standard Calendar, throughout the world.

World Wide Standardization, whenever and wherever it may be useful and appropriate, is an admirable implementation of Human Intelligence. And, commendably, standardization is increasingly being practiced across a wide spectrum of Disciplines.

Let's wend our way down through a little more time. and meet some more clever dudes.

The Seismograph, an instrument used for measuring the magnitude of earthquakes, was also invented in China. A few years after paper, by Zhang Heng (AD 78–139) a practitioner of the Scientific Method.

Writing Paper was invented in China in the 2nd century AD.

Currently, the seismograph is proving to be indispensable in helping to determine the chemical composition of the Earths Core.

The Qin had just completed “uniting” China using violence and force. Unlike the Han guys, the Qin were not such clever dudes.

The Han Dynasty wisely based its political system largely on the philosophy of Confucius, (551–479 BC) providing a stable environment that encouraged Scientific Inquiry and higher intellectual pursuits such as Literature, Music and Art.

The expansion of the Han Dynasty was responsible for the opening of trade with the Romans via the Silk Roads.

This period of stability was very productive.

Human intelligence thrives when it is nurtured in an environment of social stability, harmony, and encouragement.

Confucius's work was not acknowledged nor recognized until several hundred years after his death. Mainly because it opposed the methods of those who were in power.

He was a rigorous thinker who believed all behavior should be based in moral action. Not merely including government, but particularly government.

According to Confucius, Moral behavior and moral actions producing the highest ethical standards, were practiced by the Superior Man.

The Han Dynasty recognized Confucius's sound philosophy and concurring with it's practical and sensible nature, put it into practice.

While stable, it produced prosperity and an abundance of fruit from the realms of Higher Thought. Generated by wise use of Human intelligence.

The Dynasty lost the plot after some 400 years, by ignoring its sound basis and descending into corruption and political turmoil.

Throughout history this pattern repeats itself ad infinitum. Evidenced by the present day turmoil around the globe.

Sigh, when are we ever going to learn.

Classical Antiquity was a voluntary homogenization of the Greek and Roman cultures beginning well before the dark ages, and supposedly ending in the early middle ages. 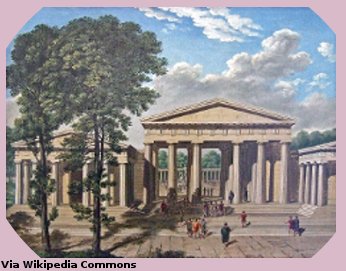 This exhilarating period in Human History produced some of the World's truly great thinkers of all time.

By examining living a life in detail, they tended to find solutions to problems that elude non thinkers.

These investigators of life have influenced intelligent minds down through the ages and still do.

My considered view is that brilliant minds have always purposely maintained, and further developed, a culture of sharing, over the passage of time.

Many courageous men and women of our current era are continuing to help carry this Classical tradition forward, which would suggest it is alive and well. Albeit struggling against the tide of wanton ignorance.

The Dark Ages in Europe loom as the Western Roman Empire, under constant and relentless attack from Barbarians, including the Vandals, the Goths and the Huns, disintegrates and eventually collapses and expires. 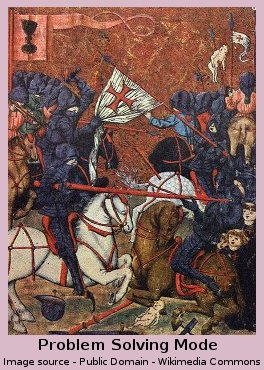 Learning declines dramatically and Science is all but ignored.

Christian Tutors and their Scholars kept the passion for learning alive in Monasteries. Places more usually reserved for solitude.

While this learning is to be much admired and commended, evil forces within the Christian movement were at work openly exerting and increasing their influence.

Taking advantage of the incapacitated Roman Empire, consolidating their authority over the weak masses, opposing and crushing any new ideas and the seeking of knowledge.

This obnoxious hierarchy intimidated their weaker fellows and practiced this repulsive behavior with both overt and insidious actions for around one thousand years.

During this black and confused era, ever more tribes, and ethnically related groups, are fracturing and splintering, and fighting their butts off. Oh, and inflicting massive destruction.

Next - A Tough Gig