One More Peek At Human Intelligence At Work

Human Intelligence, a Passion for helping others, a working knowledge of Electricity and Speech Therapy, a  Desire to Learn, Encouragement and Support . . . some of the ingredients that helped to produce the Telephone.

The Telephone, that ubiquitous device we take for granted, was invented by Alexander Graham Bell. 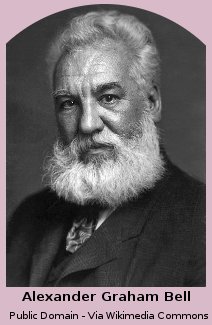 Bell, a gentle man, was an Elocutionist and Speech Therapist with three solid generations of family involvement.

His grandfather, father, uncle and two brothers all shared the same discipline. An intense interest in speech.

His lifelong passion and motivation was to enable deaf people to speak. He was also a keen student of Electricity.

Bell, as did Edison, had the luxury of a supportive wife who took a keen and understanding interest in everything he worked on.

His father in law, Gardiner G. Hubbard also generally supportive of his son in law, including financially, scorned him when Bell confided that he dreamed of sending multiple sounds along a wire simultaneously. To be heard at the far end.

Gardiner advised him to forget the idea. Instead, concentrate on finding an invention that would make money.

Hubbard was to later become Bell's greatest promoter. Without whose help his telephone may have languished.


Human Intelligence - Mind Of An Inventor 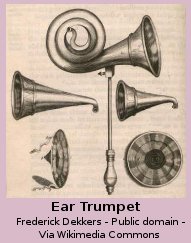 To get a feel for the mind of an inventor at the beginning of an invention, Bell is a great example.

He knew what he wanted, but the haziness surrounding initial inventive thought can be quite intimidating.

His first conception was a harp at one end of a wire and a speaking trumpet at the other. The frequency of the Human voice would be generated by the strings of the harp, and reproduced by the trumpet.

Bell was experimenting with visual images of sound vibrations produced by Édouard-Léon Scott de Martinville's invention, the phonautograph, a predecessor of  the Edison phonograph.

The phonautograph traced visual images of sound waves on a soot covered sheet of paper by means of a bristle, or filament. Much like an EEG machine traces out electric impulses today.

He was looking for means to improve this and another machine, the Manometric Capsule, which also made sound waves visible, via a gas sourced flame and revolving mirror.

His intention was to be able to teach deaf people to speak by sight. They would learn to recognize an alphabet composed of individual vibrations made visible by one or the other machine.

Mentioning his experiments to a friend who was a hearing specialist and surgeon, the good doctor suggested he use a Human Ear to conduct future inquiry.

Bell immediately saw the advantage of his friend's idea and accepted his offer to supply a complete ear, including drum, anvil, hammer and stirrup.

(The stirrup is the smallest bone in the human body, less than half a millimeter long).

With this ghoulish set-up Bell could trace out vibrations of the Human voice in real time.

Speaking loudly into his ear set-up would elicit a perfectly normal response.

Bell saw that the thin delicate membrane of the ear drum vibrated with the sound of his voice, which caused the three bones, anvil, hammer and stirrup, to also vibrate.

This vibration, that is, audio frequency with all it's nuances, is conveyed to the Cochlea where it is converted into electrical impulses which can then be deciphered by the brain. 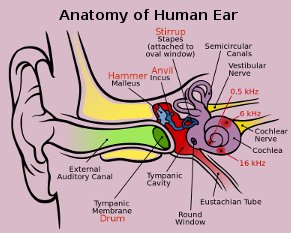 He now had a clear vision of how to convert sound waves into electric waves and back again into sound waves.

All that he had to do now, was turn those thoughts into their physical counterparts.

Easier said than done, but we know he did just that.

With the rock solid foundations of Natural Law underpinning all his efforts from this point on, Bell made steady progress to achieving his vision of sending multiple sounds along a copper wire.

Today, thanks to Alexander Graham Bell's altruism, we carry the means of sending not only sound, but also video, around the World, in our pockets.


The Future Of Human Intelligence Is Us

This is where we leave our discoverers and their discoveries. We are now in real time. The future is us. All of us.

We modern Humans owe a debt of some magnitude for the bright light our intelligent, audacious, dauntless, intrepid, and resolute, predecessors shed on this amazing Universe we are all part of. 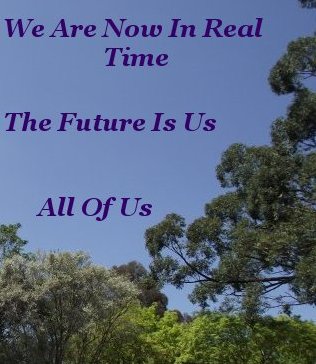 A Universe that is now familiar territory in many respects. And becoming ever more so. Due to our own modern efforts.

Thanks to those hardy souls who battled the dark side of Human nature on our behalf.

The ignorance, prejudice, greed. And the violence and upheaval practising this dark side we all have access to, inevitably breeds.

Perhaps this is the right place to leave these inspiring souls. Spot on the cusp of the possibility of mass communication.

Bell may not have realized that his altruistic desire to enable deaf people to speak would spark the ability for Humans anywhere on the Planet to communicate.

And in the process employ this ability to communicate to really get to know each other.

When we communicate with the intention to genuinely understand another, we learn how much we have in common and can appreciate our only enemy is the evil intentions of the minds that seek to dominate free thinking.

And drag us back into the pitch black darkness before Homo Habilis had the first creative thought.

This can only happen if we permit it. As individuals, we innately possess the means to subvert evil. That means is the power of our mind.

Evil is no match for Human Intelligence affiliated to Personal Development.


Human Intelligence Is An Endless Journey

This passage through time has given us a basis on which to build and grow a thorough understanding of how our mind functions. An understanding that becomes deeper as we apply new-found knowledge and seek ever greater expansion. A journey that never ends. 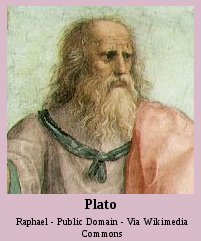 From Habilis's Axe, to Space Exploration, to Prostheses that are thought controlled.

Humans have only just begun to apply their minds the way Nature intended.

Classical Greece philosopher Plato, one of Humanities greatest Thinkers, sensed this two and a half thousand years ago, when he determined, “What we call results, are beginnings.”

The time is now ripe for you, me, and every other soul on this planet to take complete charge of our Human intelligence.

And turn the ghastly forces of ignorance and greed that still dominates and rules our Species, into the euphoric freedom of practical knowledge and understanding. That then allows and permits each one of us to maximize our potential in complete Harmony.

Next - Living Up To Our Label