Human intelligence was a little more widely consulted in the fledgling Internal Combustion industry than it was in early Aviation. Although not particularly accurately.

Many active minds were occupied attempting to understand the concept of internal combustion in it's various forms. But things did not advance much until the 'Four Stroke Cycle' was introduced by Nikolaus August Otto who held overarching Patents on the process and is generally believed to be it's inventor.

This is the basis of the powerful, smooth, high revving if need be Motor you most likely have in your vehicle, whether it be Petrol or Diesel.

French Engineer Alphonse Beau de Rochas (1815-1893) held a patent on the Four Stroke Cycle some fourteen years prior to Otto obtaining his. 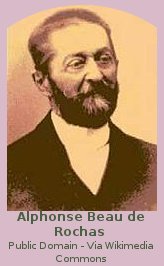 Although Alphonse Beau de Rochas never did build an engine, his all important contribution was a Scientific description of the four stroke cycle, which addressed serious shortcomings in the Machines then being built.

Years later, in recognition of his contribution to Science, Alphonse was awarded two sums totaling five thousand francs and a pension of 500 francs.

Even though Beau de Rochas had spelt out, on paper, the solution to their major problems, the inventors of the day found it too difficult to comprehend, or implement, or perhaps both. In fairness, it was a difficult problem which required an equally difficult to implement solution.

This problem caused men who did not possess the Greatest Secret Of The Mind to totter off in a direction that would limit them to an uneconomical, low power output, Low revolutions, noisy, massive machine with virtually no hope of refinement.


Consequences Inherent In The Lack Of Understanding

In an abstract translation of Alphonse's Patent by Bryan Donkin, a respected nineteenth century English engineer and author, Beau de Rochas shows he had hypothesized the fundamentals essential for a working motor lucidly. 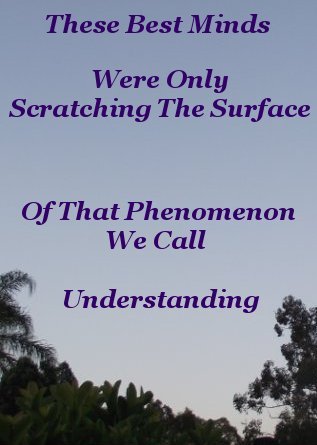 Shortly after receiving his patent he published a pamphlet detailing his hypothesis. Offering suggestions as to how his insights should be implemented.

Beau de Rochas displayed no active interest in building a working model. And it appears he was not approached with a business deal.

Neglecting to pay renewal taxes, he allowed his patent to lapse.

Even if they all had a copy of this pamphlet to refer to, these best inventive minds were only scratching the surface of that phenomenon we recognise as understanding.

If they did understand what Beau de Rochas was expressing and it was his patent that prevented them from implementing the solution, then surely they would have, as one mind, conceded that fact and worked with Beau de Rochas to implement his method. That simply did not happen.

These men en-mass followed each other along the wrong path, leaving the field wide open to Otto, who questioned the path they were following.

Otto and Langen's first engine was one of those inadequate machines mentioned above. A machine with no hope of refinement. 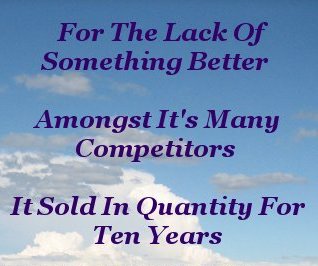 Relatively speaking, as economical as it was, and mechanically ingenious, it was a machine that did not have a future.

All the same, for the lack of a better offering amongst it's many and varied competitors, it sold in some quantity for ten years. A general consensus of sales is a total of five thousand units.

For all that Otto and Langen's engine was impracticable, it vindicated those who steadfastly believed that the release of the immense power inherent in the internal combustion process lay in the controlled rapid expansion of gases.

But how to achieve that? Up to that point it was internal explosion. Picture an automatic cannon.

Although he had demonstrated a prize winning machine, Otto's subsequent actions suggests that more than likely he realized early on that his engine was a dead end. And focused his mind on a resolution that would transform his cannon into a sweet running turbine, so to speak.

Nikolaus knew what he wanted to accomplish. Discerning exactly what one wants is a pivotal element of any achievement.

The transformation from desire to physical reality demands much Profound Thinking though. That is, the accurate implementation of Human intelligence.


Human Intelligence At It's Best

These men were at the cutting edge on the frontier of a new branch in the discipline of Thermodynamics.

Not withstanding that fact, none of Beau de Rochas postulation was new. But this new field demanded new thinking.

Other intelligent minds, both this thoughtful man's predecessors as well as his contemporaries, had discovered disparate elements of the internal combustion process. Alphonse Beau de Rochas combined the necessary elements to build a truly successful heat engine into a workable scientific formula. Whether or not he was consciously aware of the activities of these other intelligent minds.

Showcasing Human intelligence at it's best