Human Intelligence
Does Not Set Or Heed Boundaries

Human intelligence does not set or heed boundaries. These are the responsibility of the individual. In the quest to achieve a genuine success, knowledge and understanding are key.

Steam played as pivotal a role in early transport as it did in early Industry. Pretty much anything that could move was steam powered. But before this could happen, the Steam Engine had to be somewhat reduced in size.

The massive structures manufactured at that time operated at Atmospheric Pressure, which required huge cylinder displacement to produce adequate power. Even with James Watt's major improvements. 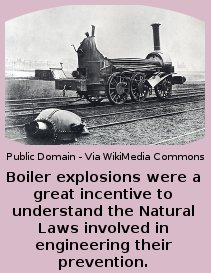 The answer to this obstacle lay in an increase in steam pressure. This was known at the time but not implemented because engineering limits could not safely contain the increased load.

James Watt would have nothing to do with higher than atmospheric pressure. Considering the dangers to be too great.

Wisdom, in the face of intense desire, is not always recognized. Neither is it acknowledged or appreciated when it is recognized. Which is a rare occurrence in any case.

Watt was content to devote his efforts to improving the integrity and efficiency of the system already established. Improvements that would underpin the demands of the higher pressures to come. 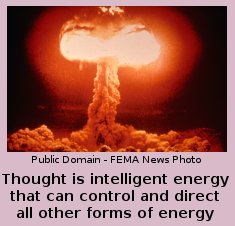 Nevertheless, intrepid explorers were pushing the boundaries and making advances. At great cost to personal safety.

Higher pressures were enticing. It meant that Steam could now replace the atmosphere to produce work. The boundaries of potential power achievable appearing limitless.

Human Intelligence neither supervises nor regulates an individual's desires. But it permits the individual to do so. To a Mindful person this is a crystal clear responsibility of the user. 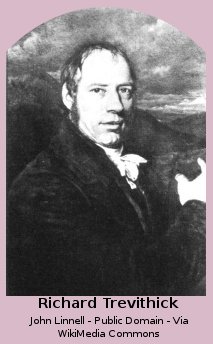 And just a few years later, this man with a resolute mind built the first working locomotive, utilizing his higher pressure engine.

Richard Trevithick and Robert Fulton were not the first experimenters and discoverers in these endeavors. There were several others. These two men were however, the first to combine the necessary elements in the correct order to make these endeavors successful.

Knowledge, and the understanding of Natural Law, are the key elements for successfully applying Human intelligence.

The High Pressure Steam Engine was flexing its expanding muscles and a new age of transportation was ushered in.

Trevithick's first engines ranged from fifty to around one hundred and fifty Pounds Per Square Inch. At these pressures, Boiler explosions were not so uncommon. During Steam Power's glorious reign, pressures would reach ten times that figure. Depending on the application.

In an example of a unique locomotive, the H02, ordered by and delivered to the German National Railway in 1930, a pressure of seventeen hundred and fifty pounds per square inch was employed, producing almost two thousand kilowatts.


Choices Need To Be Made

Steam proved effective in all modes of transport with the exception of cars and aircraft. Even though steam cars were built and developed and possessed definite advantages over other fuels, such as no need for a gearbox, they were overtaken by the convenience offered by the Internal Combustion Engine. 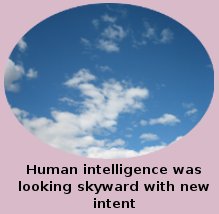 Although it could not fulfill the increasing demands for compact, portable, self contained and instantly available and economical power, steam still drives the turbines that operate the generators that provide the major portion of the electrical energy we use today.

Steam still has many applications such as powering marine launches, enthusiasts are still building cars. Not to mention mops, and other cleaners. Steam is one of the best methods of cleaning ever devised.

Maybe this phenomenon is quietly satisfied. Content in the knowledge that the upstart Electric industry that displaced it, is, at least for the present, much reliant on it.

Steam changed the World and opened up new Fontiers on the surface of the Planet.

But why stop there?

Next - Sky Not The Limit