Human intelligence is reveling in the euphoria induced by discovery in the field of Electricity. 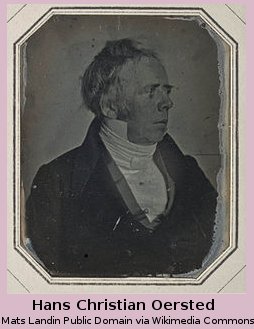 Danish born Physicist and Chemist Hans Christian Oersted (1777-1851) was a prolific contributor to Science. And possessed a keen interest in educating the lay person.

The Unit of Magnetic Reluctance (the Oersted) is named in his honor. Along with a Danish Satellite Mission that is furthering his work, and our, rather limited, understanding, by probing the earth's Magnetic Field from space.

Science is only now coming to grips with the tremendous influence that the Earth's magnetic field has on the Planet's healthy functioning.

And our own well-being as travelers on this magnificent galactic ship that we call home. Protecting us and all living creatures on this ship from harmful Cosmic Rays.

If William Gilbert were to visit us today, he would most likely ask, with some justification, why have we been so tardy in our quest to better understand his favorite subject.

When Hans Oersted found that electric current creates magnetic fields, his astute observation led him to the discovery of one the four Fundamental Forces of Nature.

That fundamental force being Electromagnetism.

The other three known Forces of Nature are referred to as:

This major contribution to Humanities knowledge opened new avenues of Thought in other Intelligent Minds.

In minds like three guys you may be familiar with whose names are used everyday by folk involved with electricity. From a physicist in a lab to your local auto electrician. 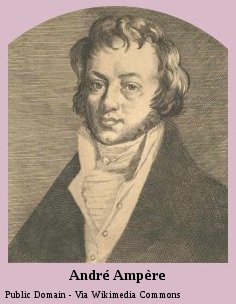 And the aforementioned Italian Physicist Alessandro Volta, will be remembered while ever we use Electricity.

That, in all likelihood, will be as long as we survive.

Along with many others who are not so well known, these men were honored, not just for life, but for perpetuity, with their names representing a Unit, Measurement, or Quantity in the burgeoning field of Electromagnetism.

In Ampère's case it is one of the seven Base Units of the universally recognized International System of Units, commonly known as SI, from the French Système international d'unités. A high honor indeed. 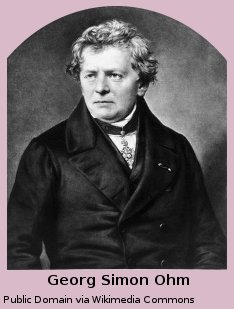 Volta gave his name to the Volt or voltage, a measure of Potential Difference in an Electrical Circuit.

Ohm gave his to the measure of Resistance in part or all of the circuit.

And André Marie Ampère to the amount of Current being drawn within that circuit.

Whereby if you know two of these values you can accurately calculate the unknown third value under normal ambient conditions.

A couple of the less well known but regularly used Electrical terms within industry are the Farad and Henry. 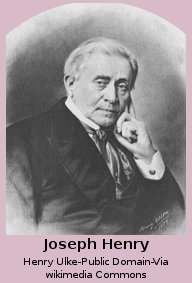 The farad is a measure of Capacitance named after Michael Faraday – – - - A Capacitor is an Electronic Component that holds an Electric Charge. A modern day Leyden Jar.

The Henry is a measure of Inductance named in honor of Joseph Henry (1797-1878), who contributed much to our understanding of Electromagnetism and was a founding figure of the National Institute for the Promotion of Science in 1840.

The National Institute is now part of the Smithsonian Institute, which was initially bequeathed to the Nation of America by British scientist James Smithson and today is possibly the largest museum complex on the planet.


Joseph Henry was Secretary of the Smithsonian from 1846 until 1878, the year of his death. It must have been a marvelous venue to meet the great practitioners of Human intelligence of his time. 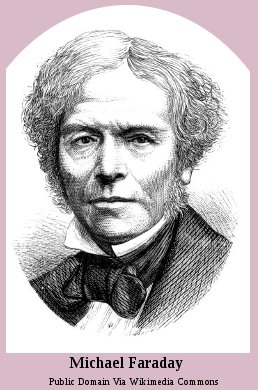 Michael Faraday (1791-1867), a truly outstanding figure in science, then and now, was, like Hans Christian Oersted, prolific in Chemistry. And he too, made great effort to popularize the discipline.

This industrious man was also prolific in his work with Magnetism and Electricity. And it is in this field he is most fondly remembered.

Much is made of Faraday's lack of formal education and mathematical prowess.

But it should be remembered that most fundamental discoveries are made via one's intuition. Knowledge is essential to understanding. But knowledge comes from a variety of sources and formal education is merely one of those many sources.

Faraday, in common with many great discoverers, was an autodidact. As such, one's education is not limited to, or dependent on, the classroom and teachers. This fact in no way diminishes the fundamental and clearly most important role teachers play in Humanities progress.

After many attempts by his boss, Humphrey Davy, and influential older colleague William Hyde Wollaston, to apply Oersted's discovery to achieve Rotary Motion didn't work, and they moved on to other things, Faraday, stimulated by Oersted's feat, went on to produce what Davy and Wollaston failed to do. 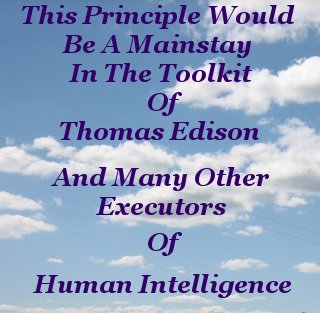 The discovery of this Principle would spark a prodigious deal of invention. Beginning immediately, and extending infinitely into the future. Influencing forever the technological direction Humanity would take.

The Law of Induction would be a mainstay in the toolbox of Thomas Edison and many other architects of Human intelligence.