Human intelligence empowers us with the ability to comprehend the very source of that intelligence, and to understand What Is. This demands a little effort, of course.

The 'What Is' referred to above, simply means the way Nature is  ordered, or Truth. Truth is the way the Universe actually works, including the Human mind.

In other words, Nature rules, what She has determined, goes. Every single time. No exceptions.

It matters not what one wants, thinks, believes or does.

If I don't understand, or misinterpret, the implications of Natural Law in all my exertions, relationships, dealings, and thoughts, and act accordingly, sometime, somewhere, my world will end in tears.

René Descartes (1595-1650) Natural Scientist, Mathematician and founder of modern philosophical thinking, contributed the Law of Refraction to the discipline of Optics. 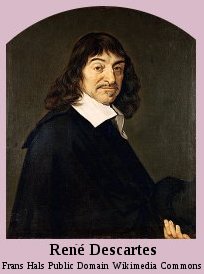 He was a rationalist who believed that the authorities were not a reliable source of scientific knowledge.

Taught by Jesuits, a religious teaching order whose members follow a lifestyle akin to that of a Buddhist monk, he received a sound grounding in doctrines of the day.

A sound grounding he was in the years to follow, progressively question. In real life, apart from mathematics, not much else appeared to be precise.

Without the means that we increasingly possess today to irrefutably prove, (or as modern scientists prefer, disprove) theories, he expressed his frustration at the lack of certainty of the truth of knowledge at the time in his famous maxim, “I think, therefore I exist”.

This maxim was his starting point to put Science on a sound footing, It was the only thing he felt he could be sure of. Everything else was a target for investigation and reassessment.


Truth Is All That Matters

Descartes was a searcher of the Truth of the first order. His method of thinking slots in neatly with my own philosophy of “What Is” is all that matters. Everything else is opinion, and this evaporates in the individual's mind as soon as truth is comprehended. 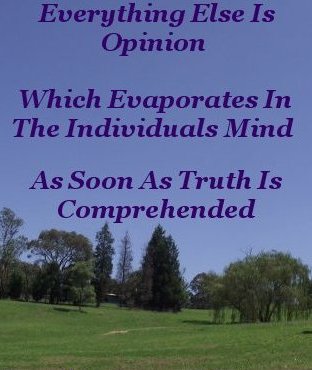 You can experience what I mean by considering what you  know about our Solar System.

Is it your belief, because you have studied the configuration of our own Solar System, that we reside in a heliocentric world?

If it is, then you will experience the evaporation of the misguided and meaningless twaddle of a geocentric world.
As was the belief Humans lived in a geocentric world  before, during, and, sigh, after Descartes lifetime.

Even now it is an attractive proposition to believe the Earth is the centre of the Universe. Such are the superstitions of Humans.

Descartes contributed much encouragement to others who were using their Spiritual intelligence to search for the truth.

He was an advocate of a unified theory of Classical Physics, endeavoring to relate and combine the various Scientific Disciplines to present a dynamic and fluid whole. He would certainly be a handy mind to have around when working on Quantum Mechanics.

It is inspiring to observe that today, many men and women of Science are practicing this eminently sensible approach. By pooling their resources and knowledge of their various disciplines, they are being rewarded with right answers to evermore complex inquiry.

Answers that would otherwise elude them by restricting and isolating themselves to one discipline.

While he was not always right, we can, perhaps, whisper a quiet thank you to Descartes that he helped put science and thinking on a truth seeking path. 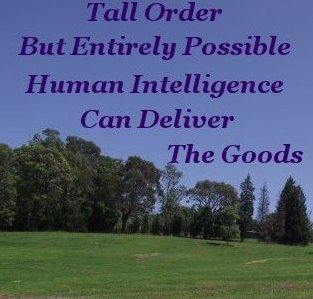 Refusing to accept the thinking and scientific beliefs of his time, he did his best to produce a practical school of Thought that would re-unify the splintering disciplines of Science and Philosophy.

And in doing so, contribute substantially to the betterment of the Human condition.

While it is fair to say he achieved his aim, and we are now on that path, it is showing signs of rapid deterioration in a behavioral sense. Effectively slowing Human spiritual advancement to an infants crawl.

On an individual basis, we can adopt Descartes open minded attitude and widen this narrowing path that is threatening to choke our future. Widening it, by degrees, into a level superhighway that has room for, and welcomes, everyone.

Personal Development is the agency required to elevate Humanity to such a glorious plane.


A key objective when practicing Personal Development is self reliance. self reliance in the form of complete independence. Free of any domination by others. Paradoxically, achieved by working together, in total harmony.

Tall order. But entirely possible. Our Human Intelligence can and will deliver the goods if this is truly our desire.