Human Intelligence has fought a constant battle against greed and ignorance since Homo Habilis entertained the first creative thought we are aware of.

The Renaissance attempted to address this perennial impediment to Human progress. It was a valiant shared attempt by brilliant minds at reinstating civility, culture, learning, and deep thinking that showcases the ignored creative potential camouflaged beneath Humanities unnecessary struggles.

Early participants in the Renaissance had the foresight to seek, restore and preserve what they could retrieve of the intellectual achievements of the inhabitants of Classical Antiquity.

Bear in mind, at this point in time, all this stuff was around seven hundred years old. Unvalued, neglected and dilapidated.

Francesco Petrarca (1304-1374) known as a man of letters, is recognized as one of the first Humanists and the initiator of the Renaissance in the mid 14th century. 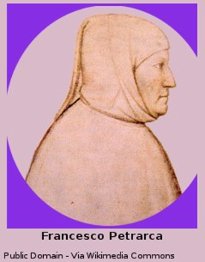 Beginning with his passion for reading the Classics he went on to found a movement that revived the worthy values of Classical Learning.

It could be said this man was instrumental in saving what evidence we have today of this stimulating period in Human history.

A common theme in Human affairs is the fact that a thing begins in the mind of one person. Ralph Waldo Emerson encapsulates this nicely with his keen observation that “An Institution is the lengthened shadow of one man.”


Emerson's insight suits the part Petrarca played in kicking off the renaissance perfectly. Other great minds followed in his footsteps.

Over time, with the influential activities of figures of the caliber of Dutch Catholic Priest and Humanist Desiderius Erasmus, (1466-1536) and German Reformer, Martin Luther, (1483-1546) - Luther allowed himself to stray from the way in later life - who also cast long shadows, Humanity was being compelled to examine the path it was trekking.

In both the Moral and Intellectual sense.

It appears to my mind the advances and insights gained during the Renaissance and Enlightenment, and the principles and values of Classical Antiquity, is still a work in progress.

The modern face being Humanism.

Humanism still needs to be refined and polished before it is the ideal platform on which to perform all Human interaction, but that ideal can, and if we are to attain an equitable society, must, be reached.

A significant element of the renaissance was the attempt to educate the masses not merely in scholarly learning, but most importantly, in how to get along together.

Wise use of our Human intelligence and Personal Development has always offered the means to get along.

Recognition that this is indeed the case, is the key to a prosperous future.

Recognition it seems, is a slow process. A brief glance at our current interactions, near or far, would suggest we still have a long way to go. 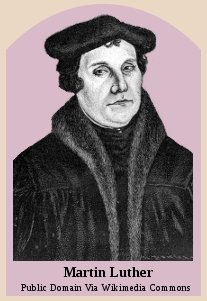 Not much has changed since the Printing Press presented Humanity with the huge opportunity to cooperate and collaborate their way to a prosperous future.

The printing press was implemental in the dissemination of knowledge. And what do we see?

The major influence on peoples lives at the time was Religion. The first major printing run was the Bible.

Sadly, even on it's initial print run this marvelous machine's benefits were fought over. What to print? C'mon! Let's fight about it!

In an all too familiar example of poor leadership we see people who should be role models for progressive behavior squabbling and bickering.

Squabbling and bickering about which language the Bible should be released in, the Catholic Hierarchy are adamant that it be published in Latin. Although by this period, literacy was somewhat common in many languages, including English.

The Protestants, Christians who reject the authority of the Catholic Church, have their way in the Bible being printed in multiple languages.

Most people of the day could not read Latin, which remained the Domain of the Church Hierarchy. Sounds like the tactics of a modern day Machiavellian oriented politician.


On The Wrong Track 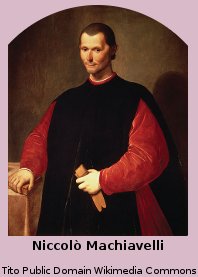 Niccolo Machiavelli, (1469-1527) a rather disenchanted former politician and so called "diplomat", mirrored the raw immoral behavior of the power seekers of his time in his writings. And passed it off as advice for anyone wanting to reach the pinnacle of dominance over their fellows.

Machiavelli is much admired by politicians of all persuasions. But genuine Statesmen do not share this view.

Ordinary politicians simply cannot grasp that Machiavellian theories neither contain nor offer long term solutions. On the contrary, his theories, if not immediately, eventually invite and promote revenge and chaos.

But modern politicians still worship him. Why?

On the plus side the printing press encouraged ever wider literacy as literature other than religious texts became readily available, and without the price tag of a handwritten manuscript.

Emboldened with the distribution of information in the vernacular, a form of communication local individuals could understand, made possible by the printing press, Creativity flourished.

The Renaissance is a prime example of the power of Thought. When Human intelligence attempts to work in harmony with Nature.

We are witnessing an intellectual revival. In a nutshell, this period was the struggling of Humans to get their heads around “what is”.

But thinking was not encouraged by those in positions of authority, thinking was a threat to their dominance. The authorities could not think, and by golly no one else was going to either.

See a similarity today? We have made some progress, but blindness to wise Human Intelligence is still much evident in a significant proportion of Governments, Companies and Organizations around the world.

When we take charge of, and direct, our individual Human intelligence, this fact presents opportunities to set things on an even keel for practitioners of Personal Development.